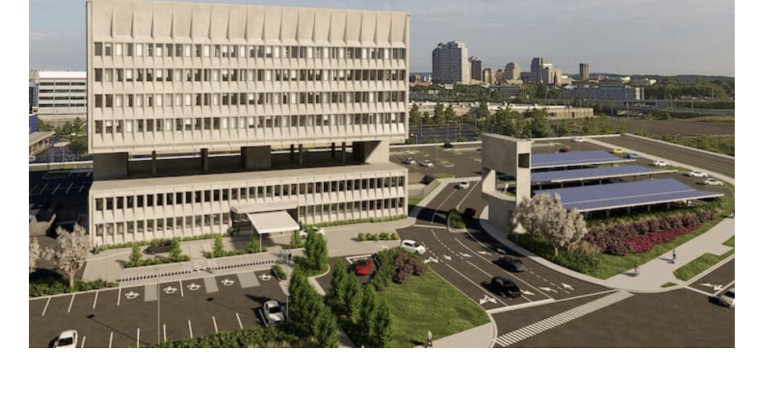 The Hotel Marcel's covered parking lot has solar panels that will power much of the property. Rooftop panels will provide the rest.
Meeting Planning Toolbox>Sustainability

When imagining what an energy-independent hotel might look like, almost nobody would think of a squared-off 1970s concrete tower featuring a gaping hole that separates the top and bottom halves of the structure. But sure enough, such a building in New Haven, Conn., is not only on the National Register of Historic Places for its Brutalist design, but by February 2022 will become the first hotel in the country to be fully powered by its own renewable source.

Named Hotel Marcel after Marcel Breuer, the building's architect, the Hilton-affiliated property will get its energy from solar panels that cover the hotel’s rooftop and much of the parking lot. Those panels can generate about 700,000 kilowatt hours of energy per year, enough to power 70 private homes—or a 165-room hotel with 10,000 square feet of meeting and event space. 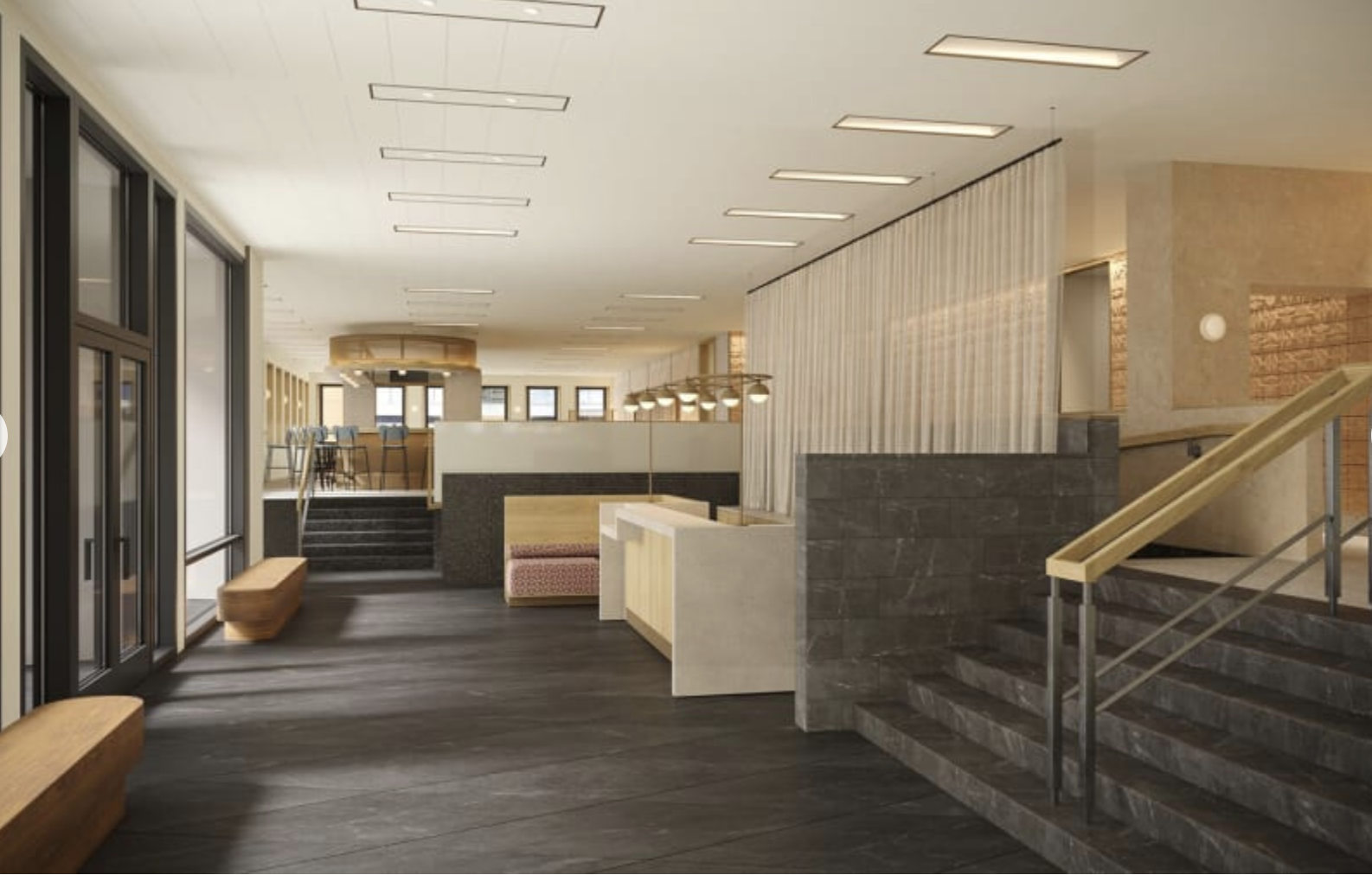 The former home of the Pirelli Tire Company, the gap between the two segments of the building was intended to insulate the upper-level offices from noise emanating from the lower level’s research facility. For its new hospitality objective, the building’s interior was gutted and redesigned for a high-tech but energy-efficient experience.

Set in the Long Wharf district with wide views of New Haven Harbor and Long Island Sound, Hotel Marcel features eight meeting rooms, the largest of which is a 4,300-square-foot ballroom. Part of Hilton’s Tapestry Collection, the property also has an on-site restaurant and bar and a fitness center. Several restaurants are within walking distance, while the waterfront area across Interstate 95 hosts public events several nights a week featuring nearly two dozen food trucks. 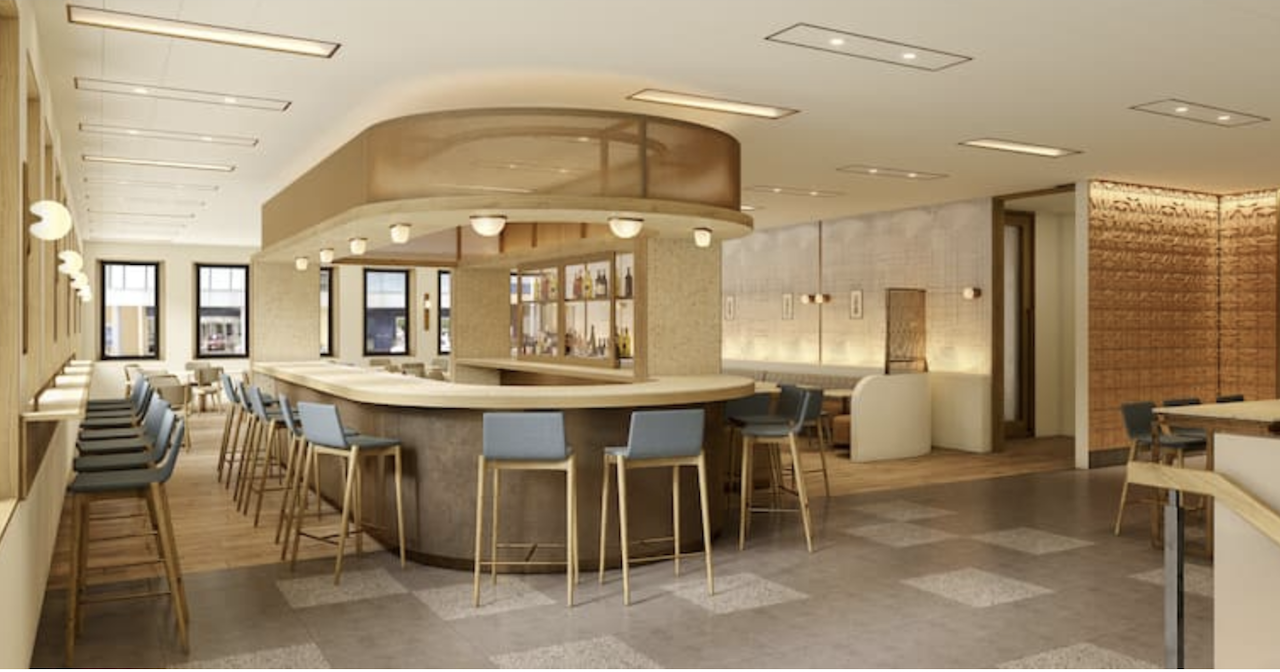 In an article on CNN.com, noted architect Bruce Becker, who purchased the building a few years ago and chose to make it a hotel, said that "to be truly sustainable, we must reuse, recycle, and reinvent existing buildings. The culture we have of tearing down and building new is really inefficient, particularly when you have a building like this one, which has such a great structure and is built to last for another century." 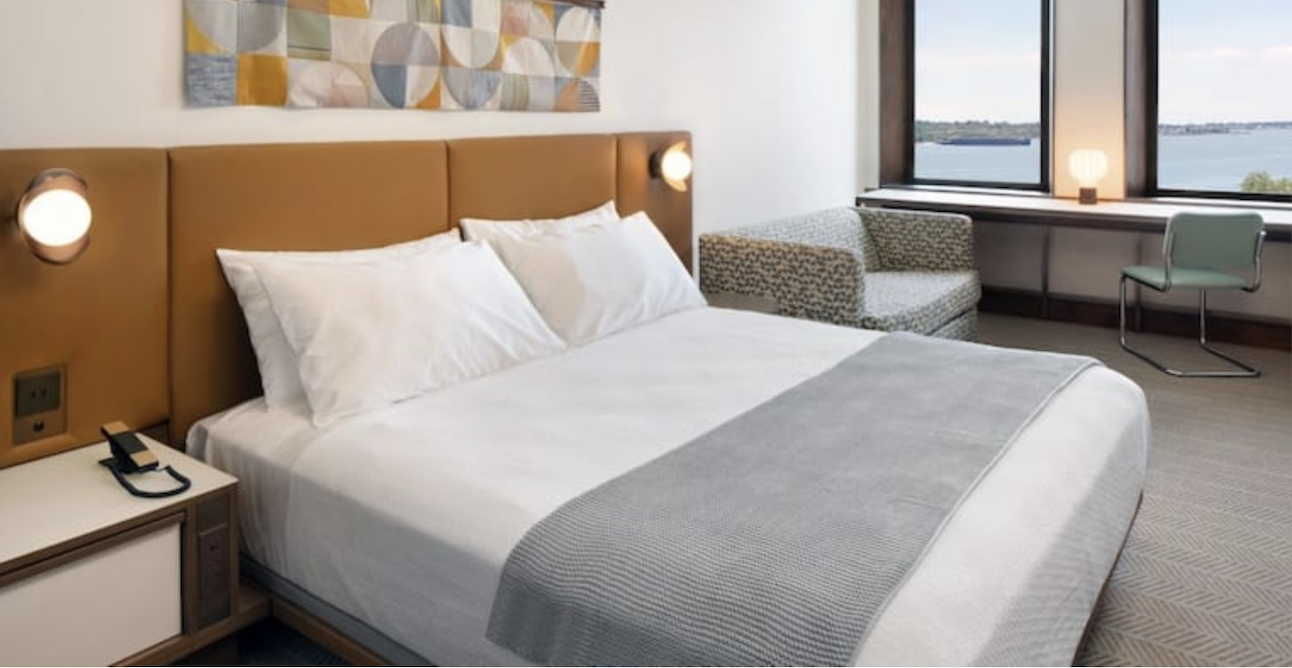