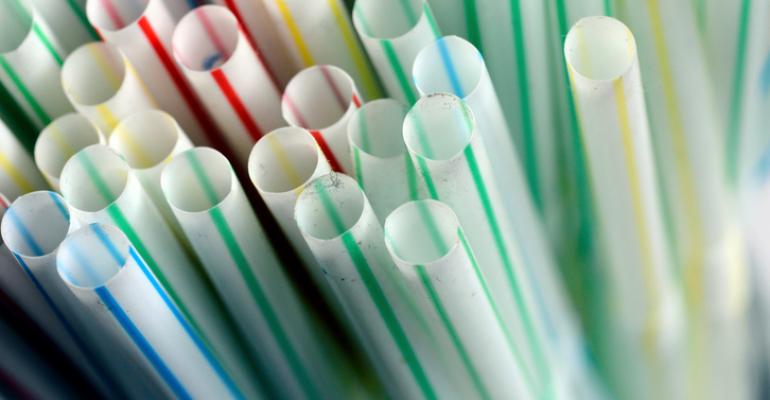 Six encouraging news announcements that show the hospitality industry moving toward reducing the mountains of plastic thrown away every day in the U.S., especially those pesky plastic straws.

The momentum is growing to minimize the use of single-use plastic items in the hotel and travel industry, with plastic straw bans multiplying this year.

• Four Seasons Hotels and Resorts, which has already dropped plastic straws at 20 percent of its hotels, announced a policy in April that would eliminate them at all 110 of its properties by the end of 2018.
• In May, Hilton announced that it would remove plastic straws by the end of 2018.
• In June, Royal Caribbean said that plastic straws will be eliminated on its ships by the end of 2019.
• As of this month, AccorHotels no longer allows plastic straws in its 83 North and Central American properties.
• Marriott International had announced a plastic straw ban at its 60 British properties and at its 11 Edition-brand properties, but in mid-July it took its efforts much further. It’s removing plastic straws and drink stirrers from all 6,500 of its properties by July 2019. In another move, the hotel giant is working to replace small bottles of shampoo and conditioner with in-shower dispensers at 1,500 properties by the end of the year, a move that will eliminate 35 million bottles annually.
• Another notable effort is happening at the Hong Kong Convention and Exhibition Centre, which began a “Think Before Plastic” campaign in July that eliminated plastic straws (paper straws available by request) and replaced plastic cutlery with non-plastic alternatives at all restaurant outlets and concession stands. The facility expects to cut out the use of over 1.3 million pieces of plastic cutlery and more than 330,000 plastic straws in 12 months, and is working on sourcing alternatives for cup lids and other items.

Have you considered a plastic straw ban at your meetings? Tell us about it.