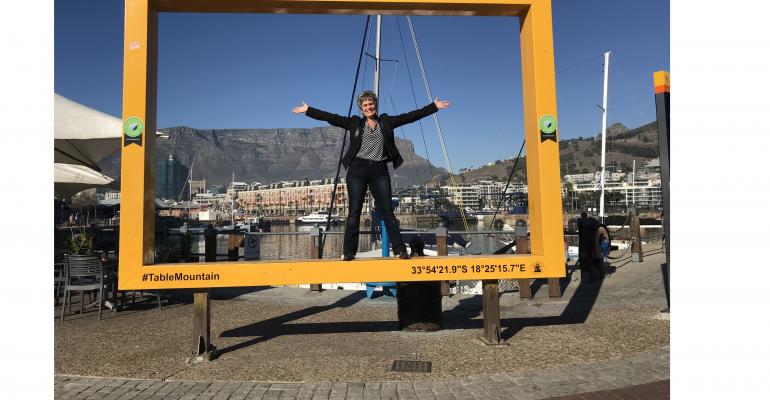 When one thinks of Africa, nature and wilderness come to mind. Its very essence feels sustainable—but is it? On my last visit to Africa, I went on a discovery journey to see what sustainable practices were in place at the luxury resorts and lodges I visited. It was an eye-opener, and pleasantly so.

One property that was a sustainability surprise was the Victoria Falls Safari Lodge. Situated on a plateau just four kilometers from the majestic Victoria Falls (below) in Zimbabwe and surrounded by the wilds of Africa, this award-winning property co-founded the Victoria Falls Anti-Poaching Unit (VFAPU) in 1999 along with local safari operator and conservationist Charles Brightman. The goal is to protect the wildlife and habitat of Victoria Falls from all forms of poaching. VFAPU has been hugely successful, having arrested nearly 700 poachers. 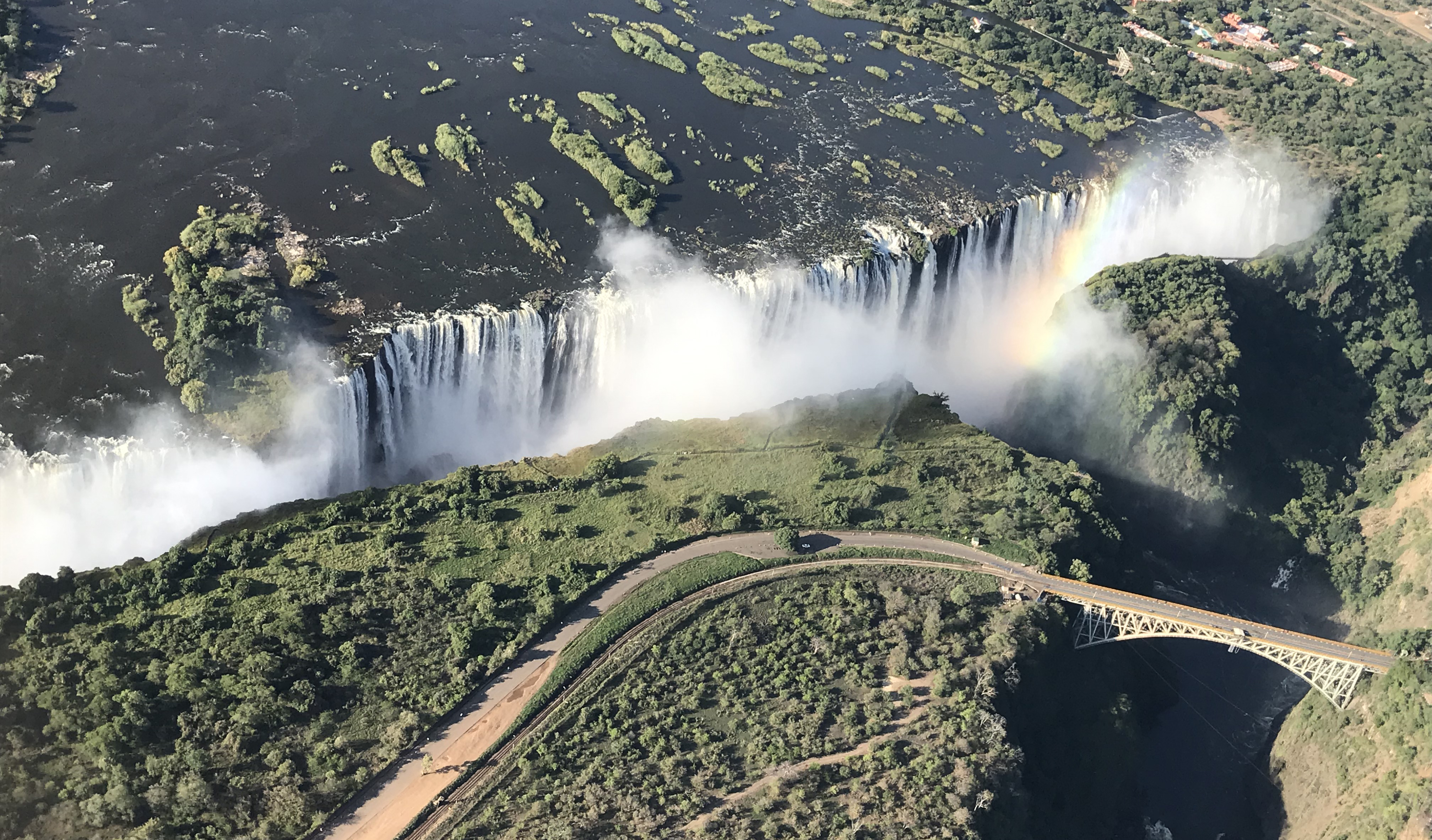 The lodge also has a “vulture culture” experience, which is a supplemental feeding program to aid the survival of these remarkable but endangered birds. The project provides visitors with the spectacular sight of hundreds of vultures swooping down to feed on meat scraps from the on-site restaurants and also raises awareness of the plight of these birds.

In 2016, Victoria Falls Safari Lodge became a member of Green Tourism, one of the most credible and effective global sustainability standards, after receiving a silver award in recognition of its commitment to the environment. The lodge promotes low-carbon activities, such as horse riding and canoeing; doesn’t use chemicals besides fertilizer in the garden; has moved to more eco-friendly cleaners; and uses natural insect repellents in rooms. Even the soaps are wrapped in paper, not plastic, and the shampoo and conditioner containers are filled rather than using individual small containers. Overall, it was a pleasant surprise to experience a property that so embraces sustainability.

Cape Town
I also found that the big-name brand hotels, like the Westin Cape Town, are focused on environmental issues and wellness. Listed as one of Green Destination’s Top 100 Sustainable Destinations, Cape Town (below) has a long history of responsible tourism. But the Westin Cape Town makes green living a daily practice. It has a rooftop garden, providing organic herbs and edible flowers for guest’s meals and beverages, as well as a reverse osmosis operation, which is expected to save millions of liters of water a year and significantly reduce dependency on municipal water. During the recent drought, the hotel used no municipal water and actually supported other hotels. The property’s focus on wellness includes staff-led morning jogs along lovely routes throughout the town. 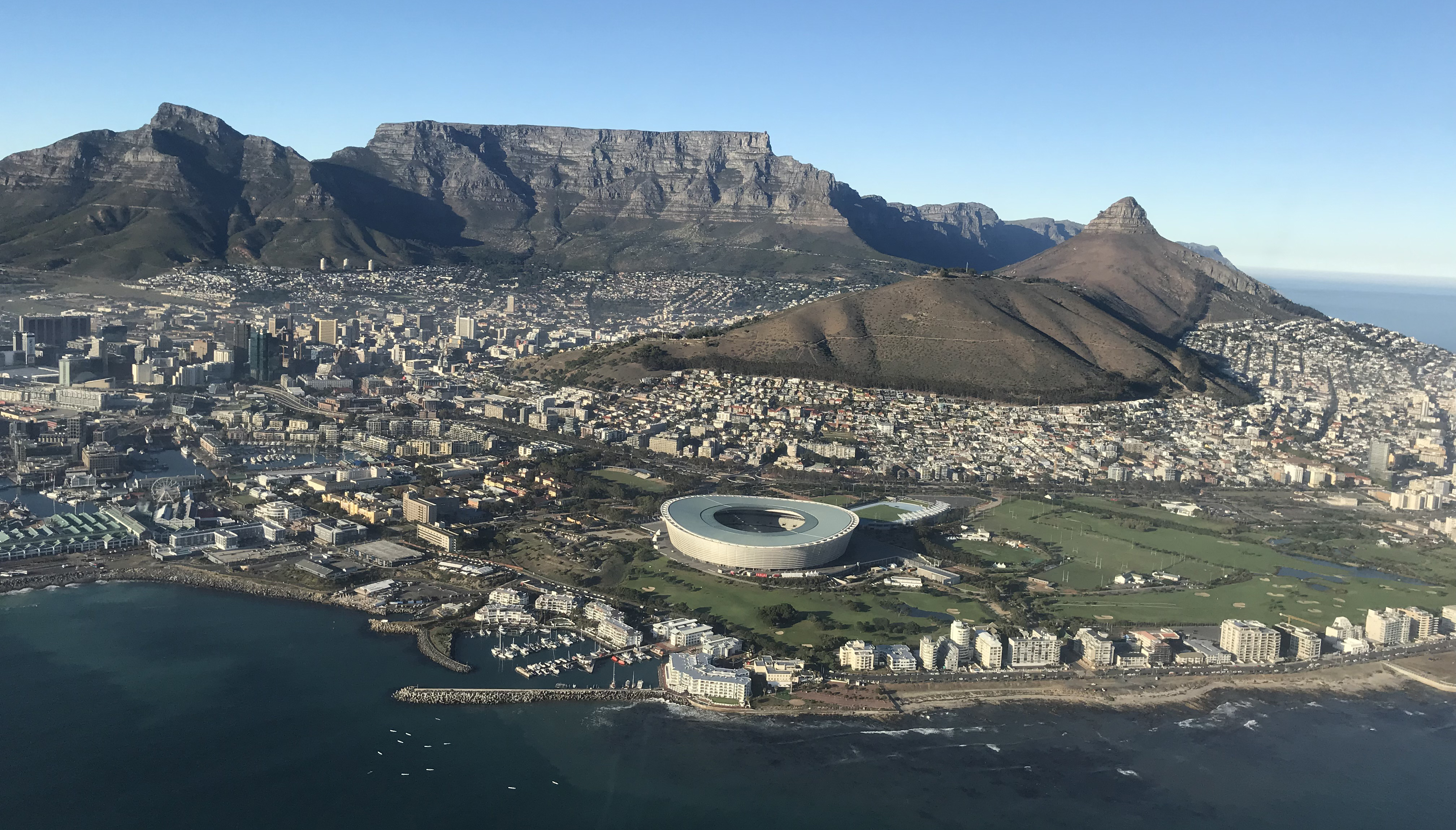 I also spent a night at the Belmont Mount Nelson Hotel in Cape Town, which provided a sustainable in-room gift:  a metallic rose-gold sip straw, part of a campaign called Sip to Save the Ocean. I love it!

Kapama Reserve
In northeastern South Africa, I experienced the River Lodge Spa at Kapama River Lodge, nestled in the expansive Kapama Private Game Reserve on 32,124 acres of savannah and riverine forest that’s renowned for its high density of big game. After a day out in the wild, there’s nothing more welcome than a pampering treatment. But Kapama goes beyond just wellness for people; it stretches out into the wild. Understanding the relationships between the reserve and its ecosystem help ensure that the natural functioning of the reserve is not disturbed.

Kapama protects the reserve's biodiversity through the established Anti-Poaching Unit. Dedicated teams patrol the high-risk areas daily in search of wildlife traps and poachers, and have been using tracking dogs as part of its anti-poaching initiative. Kapama also has the Hoedspruit Centre for endangered species where cheetah, wild dog, serval, and other species are rehabilitated. 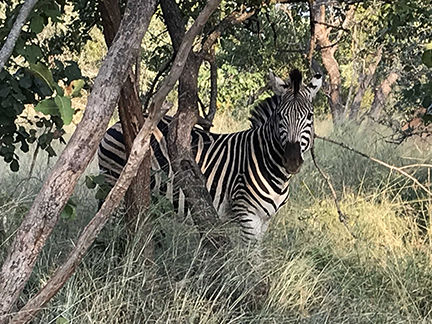 While these hotels and lodges are seriously focused on sustainability and making a difference, I found that all the hotels and lodges I visited are making some sort of effort. Even supplier partners like Rovos Rail are focused on sustainability. Building Rovos Rail into what it is today wasn’t a smooth journey for Rohan Vos. After nearly facing bankruptcy, he doggedly pursued his goal of turning his hobby into a business. I was fortunate to be a guest of Crystal Events Africa to celebrate the train company’s 30th birthday on April 29 in Cape Town. Rovos Rail offers an atmosphere of a bygone era, allowing travelers to experience the magic and mystery of Africa in a relaxed and elegant fashion. While it began with steam engines, which use massive amounts of water, Rovos has switched to mostly electric and diesel trains.

My recent trip to Africa left me renewed and delighted at its offerings. Combining ancient history, natural elegance, wild land, and rich traditions, Africa will leave you with unforgettable moments.