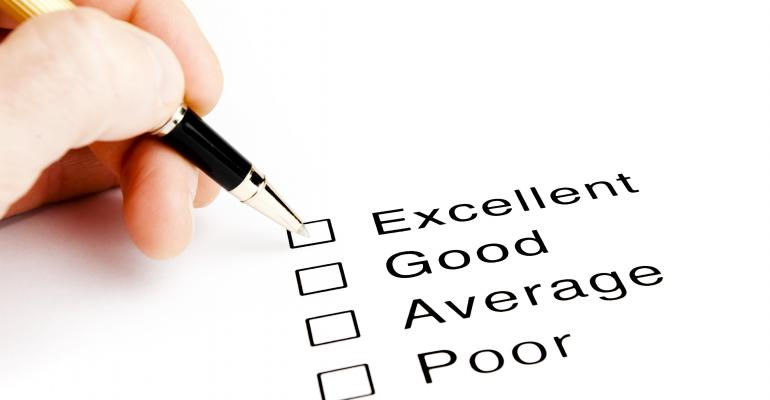 Meeting managers report success with their programs, especially at the biggest companies.

A just-released survey from the Global Business Travel Association finds that strategic meetings management programs are getting good grades from meeting planners and bringing the biggest benefits to the biggest companies.

Almost two out of three respondents with SMMPs (64 percent) reported being satisfied with their programs. When rating how successful they were on a scale of 1 to 10—with 10 being “extremely successful”—respondents gave their programs an overall grade of 5.9. When asked to rate the success of different aspects of their programs, they were most pleased with their contract review and approval processes, strategic sourcing, meeting registration—and the fact that there was now a company-wide definition of a meeting. Not as successful? Their ability to get executive buy-in and to institute enterprise-wide reporting.

The most important benefits to their companies were increasing control over cost savings (76 percent) and streamlining meeting/events planning processes (76 percent).

The largest companies surveyed—those with an annual travel spend of $5 million or more—were much more likely to have an SMMP in place (45 percent) or under development (28 percent) than companies with an annual travel spend of less than $5 million (22 percent and 16 percent, respectively). Interestingly, thehigh-spend group viewed their programs as being more beneficial to their companies. For example, 84 percent of the respondents from larger companies replied that their SMMPs increased control over cost savings, vs. 63 percent from the smaller companies, and 79 percent of respondents from larger companies felt that their SMMPs allowed better allocation of resources, savings, and/or productivity, vs. 46 percent from the smaller companies.

Companies with higher travel spend are generally more likely to outsource elements of their programs, with web site management and group air services being the functions outsourced most frequently.

The full report, which was sponsored by CWT Meetings & Events, is available exclusively to GBTA members; non-members may purchase it through the GBTA Foundation by e-mailing[email protected].