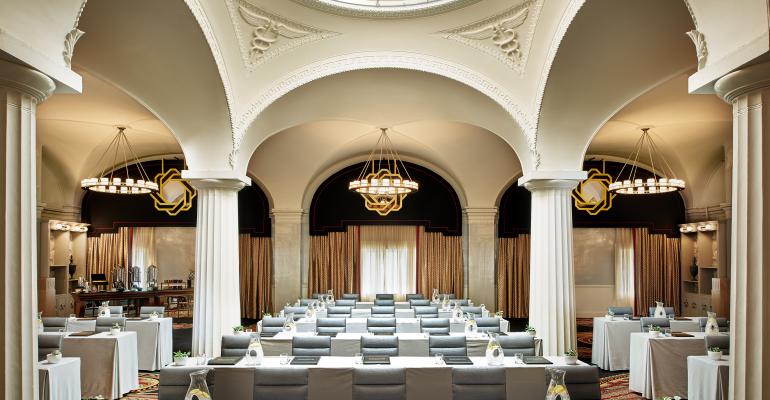 The District of Columbia is home to two historic post offices now serving as elegant hotels: the Old Post Office Pavilion, which just opened as the Trump International Hotel, and the General Post Office, home to the Kimpton Hotel Monaco Washington DC, which just completed a multimillion-dollar redesign and can safely be said to be the less polarizing of the two National Historic Landmark properties.

Occupying an entire block in the heart of the downtown arts and theater district, near the National Mall and across the street from the National Portrait Gallery, the Hotel Monaco’s dramatic redesign has touched its 183 guest rooms, public spaces, and 7,000 square feet of meeting space. This fall the property also plans to open a new restaurant, Dirty Habit. 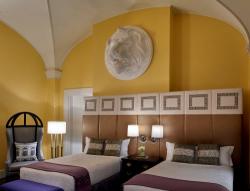 Design firm Paletteur is behind the property’s bold new aesthetics and might be familiar to meeting professionals who have worked with Four Seasons Resort Lana’i at Manele Bay, Nob Hill Club at the Mark Hopkins in San Francisco, or Kimpton’s RiverPlace Hotel in Portland, Oregon. The style juxtaposes traditional and contemporary elements, making the most of the 19th century marble building’s architectural elements.

Highlights of the property’s renovated meeting space are the Paris Ballroom, a former library with a dramatic dome skylight and classical columns that can host up to 300 for a reception; the Athens Room, accommodating 200 for a reception; and the 16-person Tokyo boardroom.