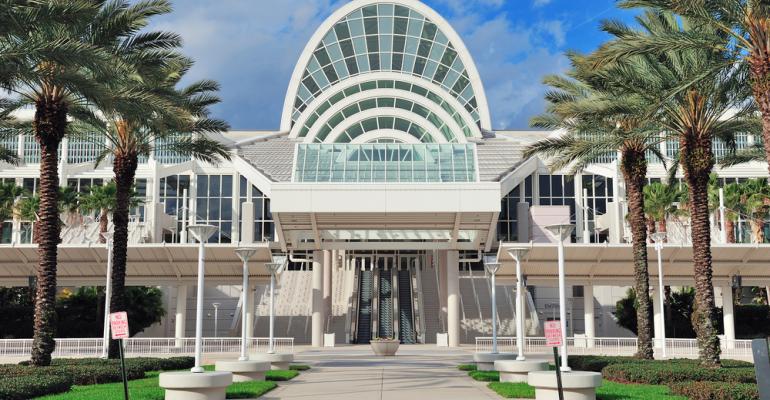 Orlando is the most popular among Cvent users

Through a calculation involving RFPs sent, events booked, and other criteria, Cvent has determined that Orlando is the most popular meeting destination among its users during the 12 months ended July 2013. Chicago came in second on Cvent’s recently released Top 50 list, while Las Vegas was third.

The list is compiled by calculating meeting and event booking activity through Cvent’s Supplier Network of more than 200,000 hotels and special event venues. Cvent evaluated about 5,700 U.S. cities within the Cvent Supplier Network, tracking activity between July 2012 and June 2013. The ranking was based on several criteria, including unique RFPs received, total room nights, awarded RFPs, awarded room nights, and percentage of qualified meeting venues.

Rounding out the rest of Cvent’s top 20:

This is the second time Orlando came out on top. Chicago jumped to second from fifth in last year’s list, replacing Washington, D.C., which fell to seventh. The only newcomer to the top 10 this time around is New York, while New Orleans fell from 10th last year to 12th on this year’s list.

New to the Cvent list this year are National Harbor, Md. (in the 26th spot); Tucson, Ariz. (38); Coronado, Calif. (43), and Salt Lake City, Utah (47). One standout trend among smaller cities that have moved up in the ranking this year is proximity to a major airport, like Rosemont, Ill. (29) and San Jose, Calif. (46). For the full list, visit Cvent.com.