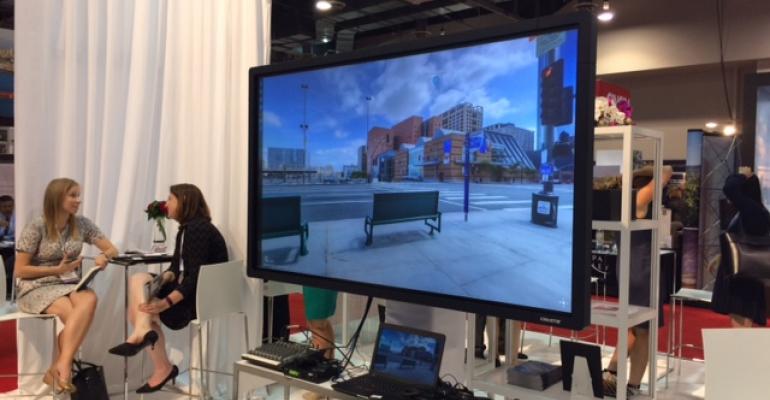 Start Your L.A. Site Inspection at Your Desk

There’s guaranteed to be no traffic on the Los Angeles freeways when you do a site inspection using the new Virtual Discovery L.A. tool just launched by Meet L.A., the Los Angeles Tourism and Convention Board.

The new virtual reality portal allows meeting planners to take immersive, 360 degree tours of 50 meeting and special event venues around the city, from the Los Angeles Convention Center, to all four floors of the Petersen Automotive Museum, to Angel City Brewery in the Arts District, to Perch, a rooftop lounge.

Starting from a 30,000-foot view of the city, users pick a city neighborhood to zoom in on and "fly over," then select from a number of event venues to explore in depth. While touring a particular location, information on capacities and square footage of the event spaces is available by clicking on a side panel on the virtual reality screen.

Los Angeles is such a sprawling destination, a lot of meeting professionals don’t know where to start, said Darren Green, senior vice president of sales at Meet L.A., during a press event during IMEX America in Las Vegas. “This won’t replace a site inspection,” he said, “but it’s going to help planners narrow down their options, and make the best use of their time.

The portal does not include virtual tours of hotels and resorts, but rather focuses on the entertainment, dining, and cultural venues that make Los Angeles a unique meeting destination. The system can be used on any computer connected to the Internet, and is optimized for use on mobile devices and virtual reality headsets.

Site Inspections So Great They Won the Business
Mar 09, 2015