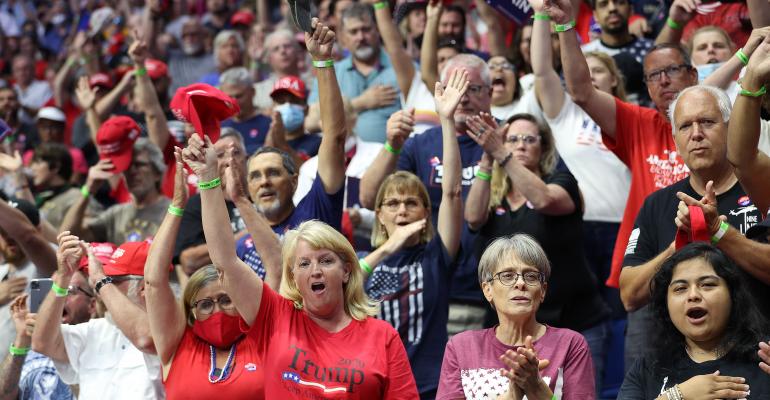 Two recent incidents highlight why having a plan is only half the battle— event organizers must make sure it is carried out.

This Washington Post story alleges that the Trump campaign ignored or altered safety measures put in place by the BOK Center in Tulsa, OK., for a rally on June 20.

ASM Global, the BOK Center’s management company, had purchased 12,000 seat stickers saying, “Do Not Sit Here, Please!” and placed them on every other seat in the arena to keep rally attendees a safe distance apart. But the Post story presents video of two workers wearing campaign badges removing the stickers, and video taken during the event shows attendees sitting next to each other and not wearing face coverings despite masks being distributed at all event entrances.

The director of the Tulsa Health Department had recommended that the event be postponed because infections in the city were already rising, and some city business owners had sued ASM Global to require health guidelines be enforced. The suit’s claim was rejected by the Oklahoma Supreme Court.

Since the event, some campaign staffers and secret service agents have been quarantined because of COVID-19 infection, which could support future lawsuits suggesting that allowing guidelines to be ignored poses a public health risk.

In Las Vegas, the Culinary Union is bringing a lawsuit contending that guidelines and suggestions are not enough to protect its members.

One of the main requests in the lawsuit states: “Requiring guests to wear face masks in all public areas—The Culinary Union has been calling for all customers to wear masks in public spaces since early May. A mandatory mask policy is a good step towards protecting workers and the hospitality industry in Nevada, but much more has to be done.”

In a video taken at Wynn Las Vegas’ reopening night in early June, the governor of Nevada estimates that only half of the guests are wearing masks.

In the same clip, Sandra Morgan of the Nevada Gaming Commission suggests that guests cannot be required to wear face coverings, despite the fact that private entitites enforce rules governing attire all the time. For example, “No shoes, no shirt, no service,” is a common rule, and some other hospitality companies have decided to make the face covering rule non-negotiable.

Last week, Caesars Entertainment announced that all its reopened properties in Nevada, Louisiana, Missouri, Mississippi, Iowa, Indiana, Arizona, California, and North Carolina will require guests to wear face coverings at all times except while eating and drinking, or else they will be, “directed to leave the property.”

With COVID-19 infection rates spiking across the country, it seems safer for planners to choose a venue with both the ability and the will to enforce safety rules.