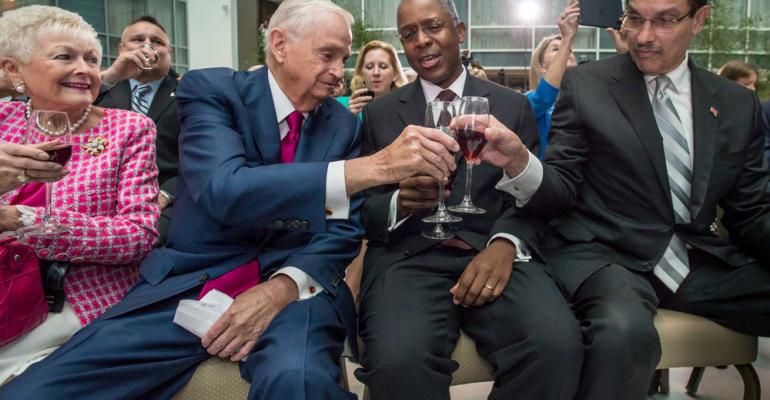 The largest hotel in Washington, D.C., held its grand opening ceremony June 10. The 1,175-room Marriott Marquis Washington, DC, was officially dedicated by J.W. Marriott, Jr., executive chairman, Marriott International, along with Mayor Vincent C. Gray, city officials, and other dignitaries, in the atrium mezzanine level of the hotel, in front its 54-foot centerpiece sculpture, The Birth of the American Flag.

The 1,175-room hotel (including 49 suites) was designed to reflect its surroundings and complement the adjacent Walter E. Washington Convention Center. Meeting attendees have direct access to the Convention Center via an underground concourse. But at the hotel itself, some 105,000 square feet of event space includes 54 breakout rooms and the Marquis Ballroom, which accommodates 3,000 guests. The hotel is located near Penn Quarter, DC City Center, and the Verizon Center.

5 Ways to Boost Meeting Engagement Using Technology that Everyone Already Has
Aug 10, 2011
Bill Marriott on why he stepped down as CEO
Dec 27, 2011