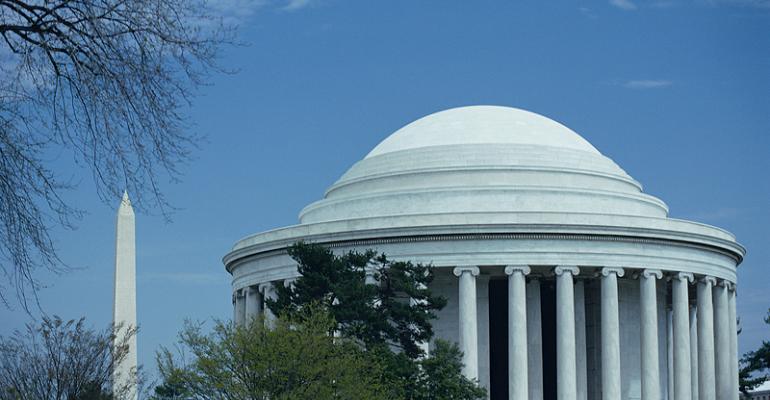 The $1.1 trillion bill to finance the U.S. government through September 30 that President Barack Obama signed on January 17 allows lawmakers to focus on the next potential fiscal showdown—to raise the federal debt ceiling—but it also codified the restrictions for federal employee conference travel that have been in effect for some time.

The bill now mandates that all federal agencies submit reports to their inspector general on any conference that costs more than $100,000. The report must include the number of participants, the purpose, and a detailed breakdown of food and other costs.

Inspectors general also need to be informed of conferences that cost more than $20,000. Agencies cannot send more than 50 employees to an international conference, unless it involves law enforcement personnel.

The omnibus bill was signed just days after hearings took place before the Senate Homeland Security and Governmental Affairs Committee, on January 14, about the status of cuts to federal conference spending—ironically, the same day a coalition of meetings industry organizations announced its new Meetings Mean Business campaign at an industry convention in Boston. That public relations and advocacy effort is intended to prevent further restrictions on federal spending, both for government-sponsored conferences as well as for federal employees attending non-government meetings, and to underscore the message to policymakers and the consumer press that face-to-face meetings are not frivolous.

At the hearings, Beth F. Cobert, deputy director for management, Office of Management and Budget, told the committee that the new regulations enacted by the administration, the OMB, and the General Services Administration in the past couple of years had resulted in FY 2013 “agencies reduced travel costs by $3 billion compared to FY 2010 levels.”

The American Society of Association Executives and U.S. Travel, both backers of the Meetings Mean Business campaign and tireless advocates for the meetings industry in Washington, D.C., were instrumental in making sure the restrictions in the omnibus package were no worse than those that have been in place for some time, according to Jim Clarke, senior vice president of public policy at ASAE. “We are really happy that the language introduced by Coburn did not make it into the final bill.”

Sen. Tom Coburn (R-Okla.) proposed legislation last year that would have been far more restrictive for government meetings, Clarke told MeetingsNet. Coburn has been an outspoken critic of federal conferences and employees attending conferences. In a separate announcement, he said on January 16 that he will step down after the current congressional session ends early next year.