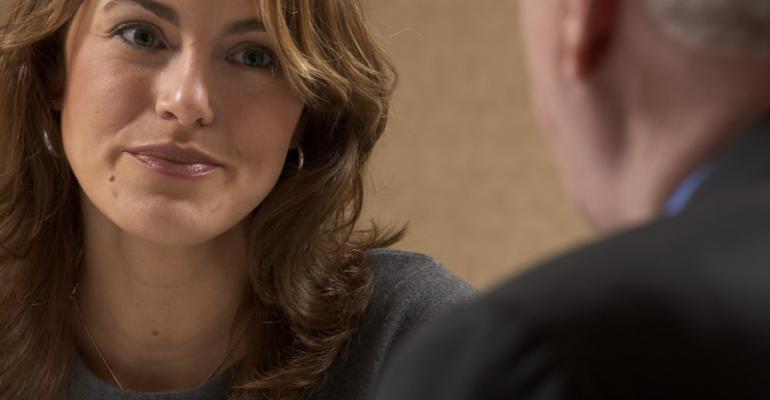 11 Lessons on Negotiating with Convention Centers

A poll of approximately 200 attendees at a recent MeetingsNet webinar revealed that more than half consider cost to be the chief concern when booking events at convention centers.

It’s no wonder, given the changing economics of the past five years. Many association meeting managers are dealing with slashed budgets, decreasing attendance, and shrinking room blocks. However, convention centers are under their own financial pressures to generate revenues.

How has the equation changed when it comes to planners getting the best value for their dollar? Here are 11 lessons from convention experts.

Convention centers have been called loss leaders because traditionally they’ve been built to drive room nights, which ultimately drives hotel occupancy taxes, as well as other visitor expenditures. Given the financial straits that many municipalities are in, city officials can’t afford to have centers operate at a loss anymore.

“This has been a developing trend since 2009 and seems to be accelerating as more municipalities and states are under tremendous budget pressure,” says Steven Hacker, principal, Bravo Management, Dallas. Also, centers need to recoup the expenses involved in making continuous improvements to their facilities, he adds. “The days of free rent are pretty much over with some exceptions for prime events and repeat customers.”

The Pennsylvania Convention Center in Philadelphia holds pre-planning meetings where planners can meet with staff and vendors to go over rates and fees and answer all questions, says Julie Coker, senior vice president, convention division, Philadelphia Convention and Visitors Bureau. “What they should expect here is transparency,”she says. “It doesn’t benefit the destination or the planner when things are left ambiguous.”

Be sure to pore over the terms and conditions in license agreements, says Tyra Hilliard, PhD, JD, CMP, associate professor at the University of Alabama and meetings industry attorney. (Agreements with convention centers are called license agreements rather than contracts.) “The terms and conditions are incorporated by record, which means it is part of the contract,” says Hilliard. “Some people have never read those, but that’s where those hidden fees tend to be.”

If you do find conditions that are unsatisfactory, they should be negotiated out beforehand, she says. Just to be safe, Hilliard adds her own clause that says the group won’t be responsible for any surcharges or fees that are not enumerated in the license agreement.

“We still have aggressive and competitive discounts that we offer to meeting planners,” says Julie Coker. The deals are generally contingent upon the time of year. During need periods—for Philly, that’s the first quarter and July–August—discounts and concessions are available. Length of stay, flexibility on patterns, number of room nights booked, multi-year deals, and amount of food and beverage can also result in discounts, she says.

“Everything is negotiable,” she adds. But it’s critical for planners to come to the table with good history, knowledge of their room pickup, and their economic impact.

Planners may also negotiate for hotel room rebates that can be used to offset convention center costs. “Expect to pay a fair price and I think most any destination can find a way to make it affordable,” says Brian Monroe, director of sales and marketing at the Myrtle Beach (S.C.) Convention Center.

Ryan Lewis, CMP, executive administrator, National Association of Free Will Baptists Inc., Antioch, Tenn., has seen the size of his room block shrink. A few years ago, it was about 1,200 rooms on peak night, now it’s about 900. He’s found that smaller room blocks hamper his ability to get concessions and discounts on convention center space. He’s not alone.

“It definitely does affect your ability to negotiate,” says SmithBucklin’s Levy. Her group’s room block has remained fairly consistent and that has given her more leverage in negotiating. She has been able to get concessions for transportation costs, receptions, coffee service for exhibitors, and the like.

A poll of webinar participants found that there is no preferred way that planners buy Internet access or Wi-Fi for conventions. About 24 percent pay per room or per head; 20 percent offer only to exhibitors; 15 percent do a buyout of the entire facility; 3 percent don’t offer it at all; and 40 percent do a combination of the above.

Lewis does not offer Wi-Fi because it is cost-prohibitive. Hecquet offsets costs by offering complimentary sponsorship to venues in exchange for the free Wi-Fi and Internet hookups.

Many groups have attendees that demand Wi-Fi, but most aren’t aware of the costs. “Attendees are not as savvy about the cost issues as the planners and suppliers are,” says Hilliard. “They say, ‘Starbucks has it, McDonald’s has it, so why wouldn’t this beautiful convention center have it?’”

She believes high-speed Internet access will remain unbundled from space rental costs for the near future and will have to be negotiated. “I expect this is going to be a contract issue that will become bigger and more complex, and I’m not exactly sure how it will shake out.”

Levy says planners should sit down with the venue’s Internet provider to discuss specific needs, because even if a center has “free Wi-Fi,” that won’t do you any good if you don’t have enough bandwidth or if there are dead spots.

Taxes are not a hidden cost, but they can bust your budget if you don’t factor them into your costs, says Levy. She reminds planners to ask what convention center costs are taxable and at what percent if this is not spelled out in the license agreement.

Several years ago, Hecquet was hit with a fee for bringing in an outside vendor to handle production and audiovisual services. The license agreement had been signed before NASC started using its own production company. When Hecquet realized NASC would be penalized for doing so, she worked out a compromise with the venue where the NASC production company did the general sessions and the in-house provider handled the breakouts.

Going forward, it won’t happen again. She now states in her RFP that NASC brings its own AV company, so if there are any fees or penalties for doing so, they must be disclosed by the venue up front in the bidding process.

Two years ago, the International Association of Venue Mangers Inc. released its “Exclusive Services Convention Centers/Exhibit Halls White Paper.” While the organization that represents the country’s major centers underscored that “exclusive service and third-party vendor contracts are the decision of each facility manager based on the operating needs and political mandates,” it also called for those facilities that do have exclusives to freely disclose them early in discussions with clients. For a copy of the white paper, visit www.iavm.org.

Lady Gaga is one of the biggest pop stars in the world and she has a large, enthusiastic fan base. You don’t have to tell Ryan Lewis that.

A few years ago, Lady Gaga was performing at an arena right next door to the convention center where NAFWB was holding its annual meeting. The parking garage for the concert was under the convention center, so the 18,000 Gaga fans poured through the center to get to and from the show. It was a public building, but still caused a bit of panic for NAFWB having all those people in the building unexpectedly.

The city quickly dispatched a security team to keep things orderly and everything went relatively smoothly, but for Lewis, it hammered home an important point: Know what else is going on at the facility, or nearby, during your meeting and be prepared for any risks that may arise.

Make sure that the indemnification clause doesn’t put all the risk on the group, says Hilliard. Some agreements will say the group is responsible for all injury, loss, or damage at the center that occurs over the dates of the event—even if it was caused by another party or the convention center.

This should be modified so it is a mutual indemnification clause, says Hilliard. The group should be responsible only if the damage, loss, or injury is caused by an attendee at one of the group’s scheduled events.

Centers may balk at this if they are publicly owned, because the local government is not allowed to take on the unsecured debt and liability. But Hilliard has found that centers are more likely to agree to terms if the word “indemnification” is taken out and the terms say the center will be responsible if anything happens due to actions of its employees or defects on the premises.

“When you run into a convention center that is unwilling to discuss changes to the contract or an addendum, be wary,” says Hilliard. But she does acknowledge that it can be complicated, especially with a municipally owned convention center. “I had one convention center that said it would take an act of their city council to make modifications to the license agreement and the city council wasn’t scheduled to meet for a while,” says Hilliard. In that case, an addendum was necessary to modify some of the language in the license agreement.

How to Negotiate Meeting Contracts
Jan 16, 2013