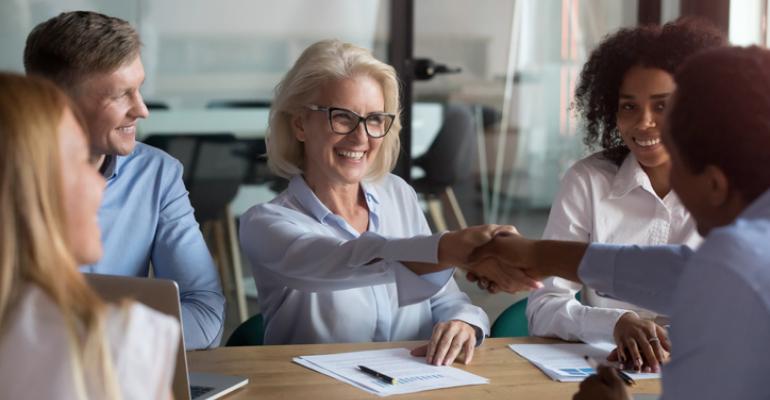 A legal expert for meetings lays out the new negotiating balance that can ensure an effective, satisfying in-person event while protecting the host organization from financial and legal liability.

“With so many unknowns, the key word for all parties should be ‘flexibility.’ Take out whatever ambiguity you can, but the best contracts right now will have some flexibility built in.” So said Tyra Warner, a veteran meetings-industry attorney and educator, in a 30-minute webcast titled “Contracts and Negotiations in a Post-Covid World” that was part of this week’s PlanetIMEX virtual event.

That flexibility should apply mainly to logistical details. For instance, “planners need to be able to modify the spaces on property their group will use and what the related rental and set-up charges will be,” Warner noted. Two reasons: Attendance numbers are difficult to forecast in the present climate and safety regulations in each destination can change on short notice. In addition, there will be other issues that should be addressed in the contract differently than how they were before the pandemic, such as final-headcount deadlines and attrition-percentage thresholds and remedies. A well-established relationship between the planner and the host property can also allow for flexibility in other contract terms.

On the other hand, Warner stressed that there are several elements of event contracts that should contain as much detail as possible in order to minimize the chances of attendee dissatisfaction, financial disputes with the property, or liability claims related to the pandemic. First, “spell out which on-site amenities will be available during the meeting dates,” Warner said. “If that changes before the meeting begins, be specific about the remedy or the restitution for that.” 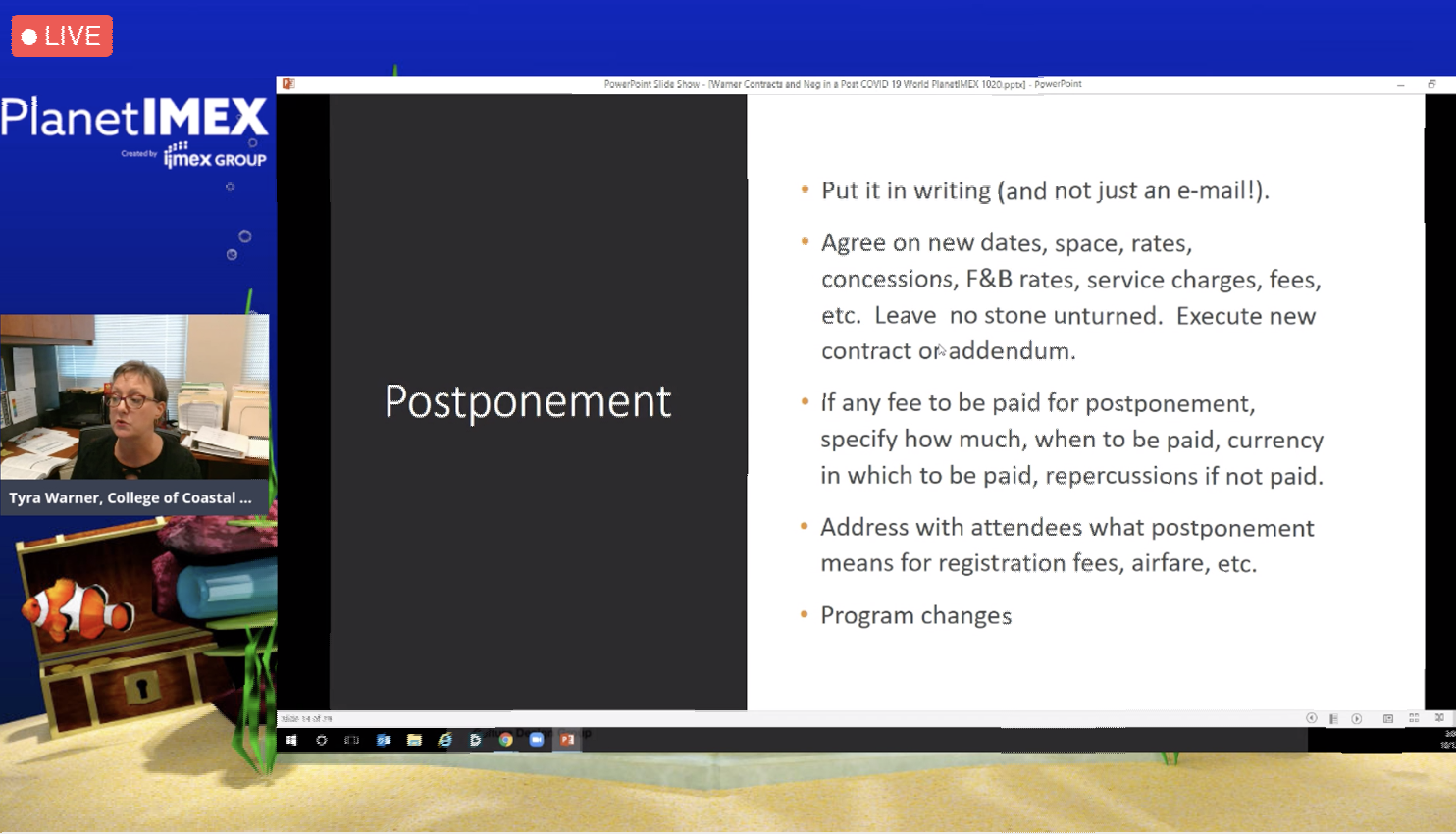 Similarly, what specific consequences will come from postponement of the meeting if the pandemic situation worsens? Warner did caution planners that “fear of Covid transmission is not a valid reason for postponement or cancellation” and is not covered by a contract’s force majeure clause. However, a tighter legal restriction on gathering sizes in the host destination would fall under the force majeure clause if the meeting became impracticable under that restriction. Warner also noted that “event-cancellation insurance does not cover Covid-related instances.”

As for indemnification against claims of liability by a participant who becomes infected at the event, “some states have laws to ward off liability,” Warner said. But because “duty of care is a legal obligation that meeting hosts have always had, they need an indemnification clause in their venue contracts” holding the host organization harmless for Covid infections that might have come from the event. Due diligence—in the form of making sure the host venue follows cleaning protocols that are specified in the contract—further helps indemnify a meeting host from liability claims.

Warner’s session was one of about 50 that took place during PlanetIMEX, a virtual event held during the same week that the annual IMEX America show was supposed to happen in Las Vegas. At present, sister show IMEX Frankfurt is still scheduled to take place in person in May 2021.