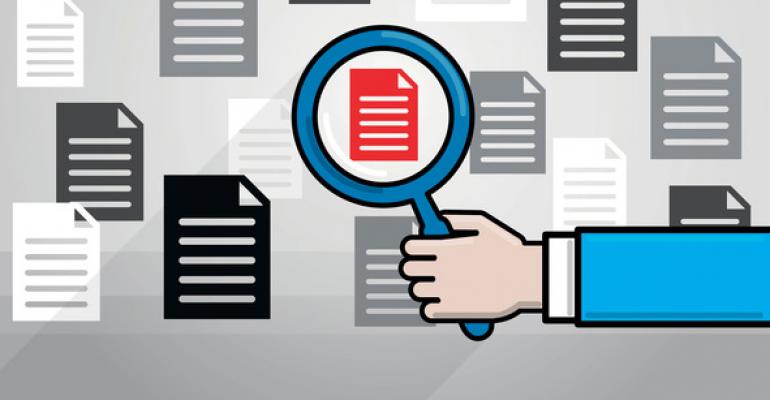 Penalties Are for Hockey Games, Not Meeting Contracts

What you need to know about the difference between penalties and damages to keep your contract off thin ice and out of the penalty box.

“‘Penalties’ and ‘damages’ are not interchangeable words, but I see them used interchangeably every day,” says meetings industry attorney, author, and counselor John Foster, Esq., CHME, senior partner with Foster, Jensen, and Gulley. If you want your contract to be enforceable, and avoid potential disputes, you need to know the difference.

The most important difference? Penalties are not enforceable in a performance clause, such as attrition or cancellation; damages are.

And yes, you do need to have attrition and cancellation clauses. If you don’t, the party that was injured by a lack of performance by the other party is potentially owed damages anyway. Contract law allows parties to a contract to specify in writing, before a breach occurs, what the damages will be for a specific breach, i.e. nonperformance  or under-performance.  In a hotel contract, this is usually done with a “liquidated damages” clause for cancellation and attrition. Liquidated damages may be expressed as a flat fee or a formula for calculation.  Foster recommends a formula because there are many variables that affect the calculation of damages.  Having a valid liquidated damages clause that spells out how damages will be calculated before a breach occurs will avoid arguments after the fact about how the damages will be calculated.

When both parties understand these rules, the process is much easier. He says, “The problem is that when liquidated damages clauses are calculated to be penalties, they won’t be enforced. That’s the bottom line.” To be enforceable, a valid liquidated damage clause must meet three criteria:  actual damages are difficult to estimate at the time the contract is entered into, the sum or formula stated is calculated to compensate the injured party for its real losses, and the stated amount is a not a penalty.

Why Penalties Are Unenforceable
Foster says that penalties exist when an injured party—the hotel, in the case of a meeting cancellation—would benefit more if the contract were breached by the meeting organization than if the contract was performed as written.

For example, if you reserve a $100-per-night room for one night, your reservation is a contract with the hotel. You promise to show up on a certain day and pay a certain rate for a specific type of room, and the hotel promises to provide that room on that date for that rate. Suppose the fine print on the reservation says that if you don’t show up or timely cancel in advance, you have to pay the hotel a $500 fee for cancelling. “The hotel prays all day long that you don’t show because that means they’ll get paid $500, where they’d only get $100 if you do show,” Foster says. Contract law calls that a penalty and “unjust enrichment,”“Even if the other party agreed to it ahead of time, it can still be held unenforceable if the parties go to court.”

Another example is a meeting contract for an event that will generate $100,000 in revenue for the hotel in guest rooms and catered food events. If the cancellation clause states that the meeting sponsor will pay the hotel $150,000 if it cancels the meeting and the hotel does not resell the lost business, this is actually a penalty clause and the hotel would not be able to enforce it in court.

Lost Revenue Versus Lost Profit
Where it gets a little tricky for meetings is that hotels often want to specify damages that include 100 percent of their revenues. But damages should be based on lost profit, not 100 percent of total revenue, because even if they don’t resell the room, they still have variable expenses built into the room rate that they won’t incur if the room goes unused. These include heat, electricity, housekeeping wages, soaps and shampoo, laundry, the mints on the pillows, and so on—if the room isn’t used, they don’t have to supply those mints, or schedule the housekeeper, or pay for lights and air conditioning that weren’t used.

“The hotel has to subtract those variable expenses from their gross revenue to get to the actual lost profit,” he says, adding that the profit margin for most hotels these days is around 70 percent to 80 percent. Meaning that at the end of the day, the hotel will only put $70 or so of that $100 rate in its pocket. “The Doctrine of Avoidable Damages says that the injured party has to avoid the damages (mitigate) it can avoid—the hotel can’t have staff go turn on the lights in an empty room or charge for other variable expenses it could have avoided.”

The concept of “mitigation” is very important in contract damages. The hotel also has to show that it attempted to resell the room. “They don’t have to be successful, but they do have to attempt it. They have an affirmative duty before they come to court to show that they tried to mitigate their damages.” And if they do resell the room, they have to give the meeting organizer credit for that room. “Otherwise, we’re back to it being a penalty,” Foster says.

Stipulate in the contract agreed-upon profit margins that you will multiply the gross revenue by to get to the lost profit amount owed to the venue, he says.

The result is the “attrition rooms revenue liability.”  Add sales tax if required by local law.

Having a formula, like the one above, which gives credit for resold rooms and reduces damages to lost profit, benefits planners, giving them a tool to calculate how much non-performance will cost them. But it also benefits hoteliers, Foster says. “If hoteliers prepare the contract correctly, they will get paid sooner, and they will have a happier customer instead of a potential major dispute.”

Base Attrition Damages for Guest Rooms on Room Nights, Not Revenues
Some hotels like to base their performance clause damages on guaranteed revenues. “Never guarantee revenue in room nights,” Foster says.

“If your attendees book outside your block and get a lesser rate, you could pick up your required number of room nights but fall short on the revenues, and the hotel will expect your group to make up the difference. The hotel may keep trying to base it on revenue, but bring it back to room nights. They ultimately will accept it, but you do have to be firm about it.” Foster emphasizes “planners should always insist on credit for resold rooms.  Even if the hotel only resells one room, it has reduced its damages by the amount (profit) collected for that room.

Food and Beverage Functions Are No Exception
While the profit margins are different for F&B functions than for room nights—roughly 20 percent to 30 percent, with the remainder going to food and staffing costs—the same principle of basing what’s owed on lost profits, not total revenues, applies. “If the hotel hasn’t bought the food yet or scheduled the servers when you cancel, before you get the final guarantee several days out, why should they be compensated for it?”

If you booked a $10,000 food function, then canceled it a month out, you would only owe the $2,000 to $3,000 or so that the hotel would have put in its pocket had the group not cancelled, says Foster. “They’re only owed the amount of money they would have made if the group showed up. If they charged the full $10,000, it would be considered a penalty and be unenforceable.

“Planners that don’t understand the legal concepts discussed here should get assistance from a lawyer who is familiar with the meetings industry.  How the contract is worded is critical to a financially sound and successful event.  To ignore the details and legal requirements in even routine contracts can be a costly mistake. How damages versus penalties are defined is at the crux of every hotel negotiation. It’s important that planners know how to push back when hotels try to turn damages into penalties.”