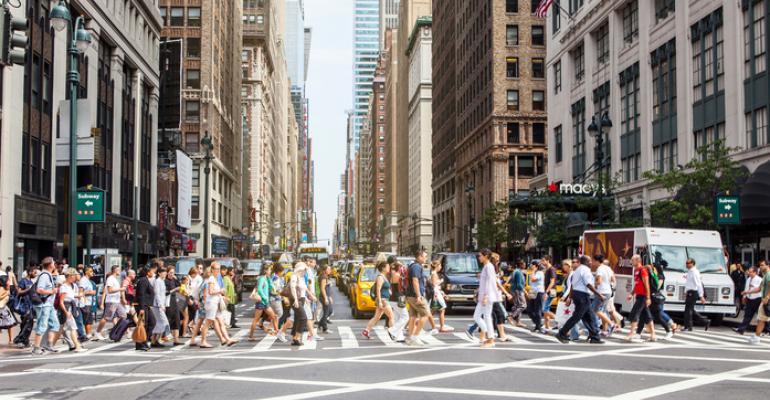 Non-Hotel Accommodations Likely Not Chipping Away at Citywide Room Blocks

Peak-night occupancies at big-city properties have been better than last year, which works for both hoteliers and planners.

In its third year of examining the number of peak-demand nights in the top 25 U.S. hotel markets, Morgan Stanley Research finds that 2018 is the first year where the number has risen year-over-year. Specifically: Through August 25, there have been 173 nights where occupancy was above 95 percent in at least one of the top markets, versus 168 in 2017, which represents a three-percent increase.

The year-over-year rise is a relief to hoteliers in those top 25 U.S. markets, because the explosion in popularity of alternative accommodation options such as Airbnb seemed to be taking away from hotels' peak demand (also called "compression") that most often happens during a citywide convention, trade show, or special event. In 2016 and 2017, the top U.S. hotel markets saw decreases of about 17 percent in peak-demand nights, while the usage of Airbnb, VRBO, and other alternative-accommodation channels rose significantly.

For planners of citywide events, the 2018 trend is also beneficial, in that their negotiated room blocks for attendees are more likely to be filled beyond the minimum percentage that would trigger attrition-penalty fees. What's more, the overflow guest-room blocks that planners often secure on short notice to accommodate late registrants on peak nights are more likely to be used by attendees, which also allows the host organization to more directly affect the quality of the attendee experience during the event.

Another stat that speaks to hotel demand in the top U.S. markets: They've sold 3.5 percent more rooms in the first half of 2018 than they did in 2017, well ahead of the year-over-year supply growth in those cities.

As for the number of compression nights, there is one caveat to the rising trend. The top markets had 70 compression nights in the third quarter as of Labor Day, while 2017 saw 80 compression nights at that point. But the summer season plus holidays, convention-calendar changes, and other factors are possible contributors to this recent blip, which is not expected to hold.