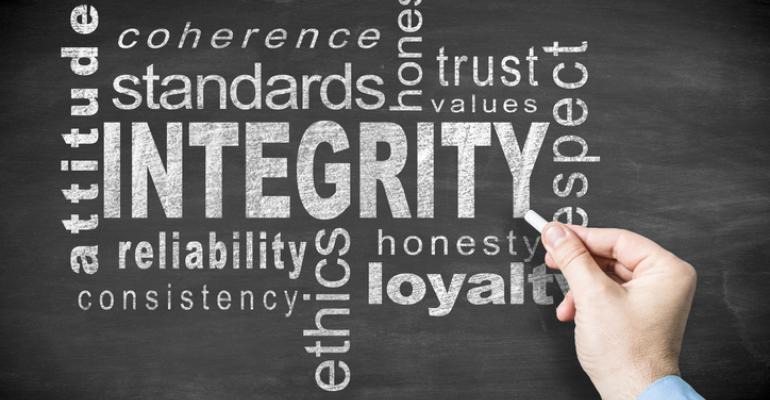 Led by longtime industry ethics consultant Joan Eisenstodt, principal of Eisenstodt Associates LLC and former chair of the American Society of Association Executives' Ethics Committee, the session started buzzing early on when Eisenstodt addressed the issue of gifts from suppliers to planners: When are they acceptable?

Eisenstodt says that when gifts are given during the site-selection or the contracting process, it gives the appearance of a bribe and should not be accepted. In fact, planners should know their organization's policy on gifts so that they can decline, tactfully, any gift given that is above a certain dollar value; further, they should disclose to their boss any gift they receive that is below their company's value threshold. Some organizations choose to donate supplier gifts to charity rather than decline them, and inform the supplier of the donation.

From there, Eisenstodt spoke about the factors involved in accepting or declining meals and familiarization ("fam") trips from suppliers. The key takeaways: It's best to pay your own way at meals to avoid the appearance of undue influence on future decisions; and if there is not an immediate business need to research a property or destination, planners would be better off declining a fam trip and instead learn more about the destination via website research, email, or a phone conversation with a sales rep. Alternatively, an organization could pay for its planner to conduct a site visit, and if the property is used for a meeting then hotel management can credit the group's master account for an amount equal to the planner's travel cost.

We saved the biggest hot-button issue for last: Third-party commission payments. All major hotel chains in the U.S. have reduced the percentage they pay to third parties for booked business from 10 percent to seven percent—but Eisenstodt contends that all the controversy would go away if third parties simply worked on a fee-for-service basis and no commissions were paid, as they can be seen as legal-but-ethically-problematic kickbacks. Eisenstodt got pushback from a few webinar viewers on this point; they countered that as long as all parties are aware of the commission arrangement, such agreements are fully ethical and appropriate. One thing most everyone agreed on was this: Any nondisclosure agreement between a third party and hotel that keeps the meeting client from knowing about an element of compensation for that meeting is unethical, and possibly contestable in court.

For answers to many more ethics questions, check out this follow-up article.