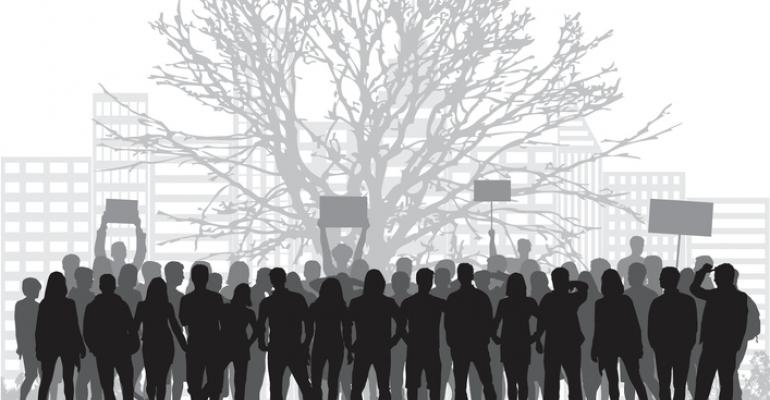 The largest hotel workers strike in Chicago in decades has been in effect since September 7, but in the last week several hotel chains, including Marriott, appear to have successfully negotiated with workers. The most recent activity came this weekend, when the Hotel Palomar and Hotel Allegro, both Kimpton properties, released a statement saying, “We’re pleased that we were able to reach an agreement with the Union.”

As the strike enters its third week the number of hotels affected has dropped from 26 to 17. There is still a possibility that attendees of meetings and trade shows coming to the city in the near future could be affected by compromised service at these properties:

The hotels' contracts with UNITE HERE employees expired on August 31 at 30 downtown hotels, and most are being negotiated separately. One of the biggest sticking points in the negotiations is the union's insistence on year-round health insurance for less-senior employees who are laid off during slower winter months. Although no details of the new contracts have been released it is thought that the health insurance issue has been addressed. Chicago Mayor Rahm Emanuel said that the negotiations with Marriott were “a significant step forward for the union, the hotels and the city and I am confident it can light a path forward to ending the labor action at other hotels.”

UNITE HERE says members in Chicago pay $50 or less per month for health insurance premiums, but the previous contract language did not provide for year-round coverage. In Atlantic City, Las Vegas, and New York UNITE HERE local shops run their own not-for-profit healthcare clinics where members do not pay a premium.

Chicago's downtown hotels reported $1.45 billion in room revenue from January to July 2018, a 10.4 percent rise from the same period in 2017. With high season for events in Chicago likely to maintain that strong pace, affected hotels have hired temporary workers to fill service positions and also enlisted managers on the property and from other properties around the country to take on housekeeping and other service duties.