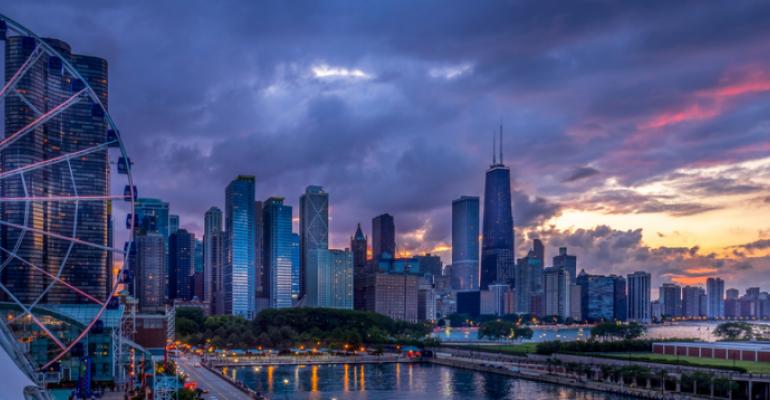 About 30 properties, including many meetings-oriented hotels, launched contingency plans to temporarily replace cooks, housekeepers, and other service employees. What does that mean for the event experience?

After pushing back by one week their August 31 deadline for cementing a deal with various hotels in Chicago, members of hospitality-workers union UNITE HERE Local 1 began a work stoppage on the morning of Friday, September 7. The strike affected as many as 30 hotels, including meetings-heavy properties both near McCormick Place and in center city. UNITE HERE's membership in Chicago consists of about 15,000 workers.

Marc Gordon, head of the Illinois Hotel and Lodging Association, told the Chicago Tribune late last week that he could not recall a similarly broad strike within Chicago’s hotel industry in the past. In light of this, major chain properties quickly enacted plans to replace cooks, housekeepers, bellhops, and other service employees with a mix of outside temporary personnel and property management who will perform front-line service duties. For instance, Hyatt released a statement saying that it was “pursuing contingency plans to minimize the impact of job actions on the guest experience” across its three affected properties.

Veteran hospitality industry attorney Tyra Hilliard, Esq., CMP, notes that whenever an imminent hotel strike is possible in a city, planners with scheduled events must first make sure to understand the details of their hotel contracts. "Some groups stipulate as part of their force majeure clause or in a separate clause that they will not perform a meeting at a venue that has striking workers," she says. "But if a group does not have such a clause and the hotel is able to perform up to the level of service that's contracted for, then a group is bound to perform the meeting according to the contract."

To protect the event experience, though, planners must insist upon clear, detailed communication from their contracted properties before arrival. "Get assurances from hotel management that they are using replacement workers who are up to the tasks," Hilliard advises. "And while management might also be doing some of the housekeeping and other front-line work, they generally don't do it nearly as well as the full-time employees do. So how does the property plan to overcome this, and what should attendees be prepared for?"

Other factors to consider: Safety, security, and organizational reputation. "Ask the property if it has alternate entrances you can use so the group doesn't have to walk through picket lines," Hilliard says. "Event-space security must be reconsidered, and the potential for media presence on site is an additional issue—you probably don't want your group mixed in with protesters and becoming part of the media coverage of the strike."

In the end, if the event experience turns out to be demonstrably flawed—meals are not prepared properly, or all guest rooms are not cleaned on a given day, or some other deficiency—Hilliard says that the group is due some type of recompense for damages, such as a discount or rebate.

In Chicago, negotiations between UNITE HERE and several hotel chains have taken place since August 31, and more sessions are scheduled throughout September, if necessary.