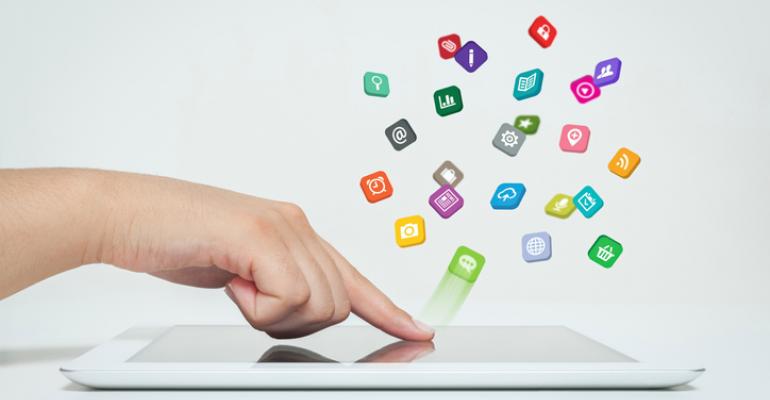 The White-Label Event App Is Here To Stay

Why I believe white-label event apps won’t be affected by Apple’s Rule 4.2.6.

Do you know how many apps are available in iTunes App Store? About 2.2 million. Looking for an app to track the weather? There are just shy of 100 that will tell you whether it’s raining.

This deluge is at least partly due to the growing number of tools that allow people with little technical ability to manufacture apps on any given topic simply by filling in a pre-built template. The Store Finder, for example, gives any store owner the ability to create an app for their franchise chain, complete with user reviews, directions, nearby store locator, and push notifications.

Want to build a news app like those offered by CNN or The New York Times? The BlogNews template promises you can have it ready for submission to Apple in 10 minutes! And there are over 1,400 of these types of templates offered through the Code Canyon marketplace alone.

For Apple, this is a problem: If the App Store gets flooded with similar, potentially low-quality offerings, people have a hard time finding the high-quality apps they’re looking for and Apple’s revenue takes a hit. While apps produced by templates are not necessarily low-quality, anything that can be churned out in 10 minutes will tend to be thin and less than professional.

And this, in a nutshell, is the reason behind the now infamous Rule 4.2.6 of Apple’s developer guidelines: “Apps created from a commercial template or app generation service will be rejected.”

However, a number of app providers in the events industry have been interpreting Rule 4.2.6 to mean that “white-label event apps,” those with similar functionality and structure, but unique branding and content for individual events or associations, will be included in this ban.

For two basic reasons, I believe this is a misinterpretation of Apple’s rule and that white-label event apps are safe:

2. It would create a bad customer experience.

Apple’s Goals
Apple has a problem: Whenever a new app becomes popular, thousands of copycats appear, hoping to ride the shirttails of a rising star. When Flappy Birds was the hit app, for example, more than 60 clones were submitted to the app store every day. Not only did that spell trouble for the hit app developers, but consumers looking for the original hit app became confused by the shoddy clones and were left unsure what to buy.

Apple customers having a hard time finding good apps in its App Store is a problem Apple needs to solve, and that is why it introduced Rule 4.2.6.

But this simply isn’t the case with event industry apps. Do you know how many apps there are for the CJ University’s CJU 2017 conference? Exactly one. How about Meeting Professional International’s World Education Congress 2017? One. The Professional Convention Management Association’s Convening Leaders? One.

App copycatting simply isn’t a problem for event industry apps, so there is no reason for Apple to suppress them, regardless how they are built.

Customer Experience
Apple has achieved its success through single-minded devotion to creating superb user experiences. But eliminating the white-label event app would be just the opposite.

Apple wants people to quickly and easily find and install the apps that meet their needs.

Imagine that you want to attend Apple’s Worldwide Developers Conference (WWDC). You open the App Store and search for the event by name, find it, and install the app. Great experience!

Now imagine that Apple was stuck with a “universal app” (i.e., a single, vendor-branded app that wraps up all its clients’ events). Now, you search for WWDC and find nothing. Instead, you have to go to the event’s website, discover the name of vendor the planners contracted, then go back to the app store, search on that vendor, install its app, open it, then search inside that app for the WWDC.

Although Rule 4.2.6 was introduced in June 2017, to the best of our knowledge, there has been no enforcement of it against white-label event apps. There was a brief scare when one anonymous app developer reported receiving rejections, but this was quickly walked back when it became clear that no other app developers had seen similar rejections.

As you read blog posts and scaremongering e-mails from universal app vendors, remember this: Apple is notoriously secretive. Nobody has any inside information. Everything you’re reading is based on reading the tea leaves (and then reading articles by other people reading tea leaves). When everyone is saying the same thing, it can create an impression of a consensus, but if that consensus was built from people who read the same source article; it is no more likely to be true than that single, original article.

At Pathable, we produce dozens of event apps for associations, corporations, and tradeshows every month, and have had exactly zero rejections based on this rule. We don’t expect that to change.

Editor's note: Do you agree? Disagree? Please leave a comment below or email Sue Pelletier at [email protected]

Commentary: Why You Should Be Happy About Apple’s New App Store Guidelines
Jan 20, 2018