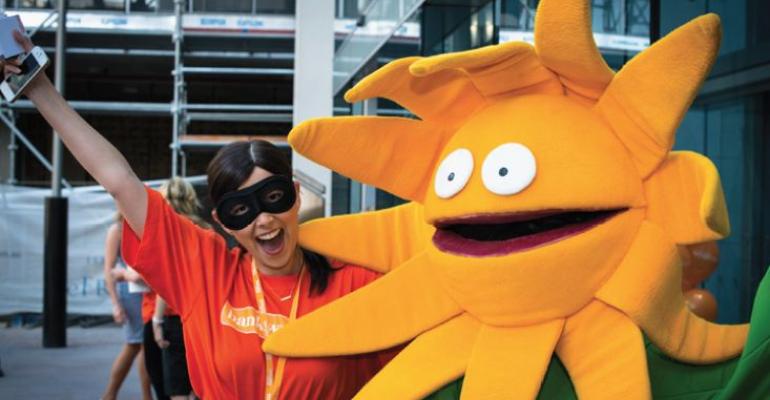 There are unsung heroes in every company. And for Perth, Australia–based Bankwest, winner of the Incentive Marketing Association’s 2013 Circle of Excellence Award, the mission is to sing those employees’ praises in a big way—superhero big.

The Heroes employee incentive program allows Bankwest employees at all levels to send instant “Hero Mail” (e-cards) to thank or recognize colleagues for their work. With manager approval, they can also nominate each other for specific behaviors that support one of the bank’s strategic priorities: people and culture, customer relationships, productivity, and sustainability.

The program is centered around the Bankwest Heroes, an adorable cast of characters including a squirrel and a chicken (all sporting masks, of course), each representing a corporate priority. The Heroes are everywhere: on the Web site, “Hero Wall” of recognition, and “Hero Points,” the program’s single currency, which can be redeemed for merchandise from the Heroes catalog. The program also includes a series of live recognition events, including biannual and annual celebrations. To take it over the top, Bankwest execs even dressed as the Heroes on launch day, handing out gifts to employees as they arrived at work.

The program, as lighthearted as it is, was driven by two serious goals set by the company’s new leadership team, which came on board in 2012: to unite the company’s 5,000 plus employees into one connected team and to establish a single, consistent, creative approach to managing recognition and incentives across the company.

Bankwest worked with the incentive firm Accumulate to develop the program, which has been a huge success since its launch in January. Not only are the Heroes now a part of the Bankwest corporate culture, but 65 percent of participants have earned reward points and 67 percent (more than 3,400 employees) had been recognized for their behavior either with a Hero Mail or a recognition nomination.