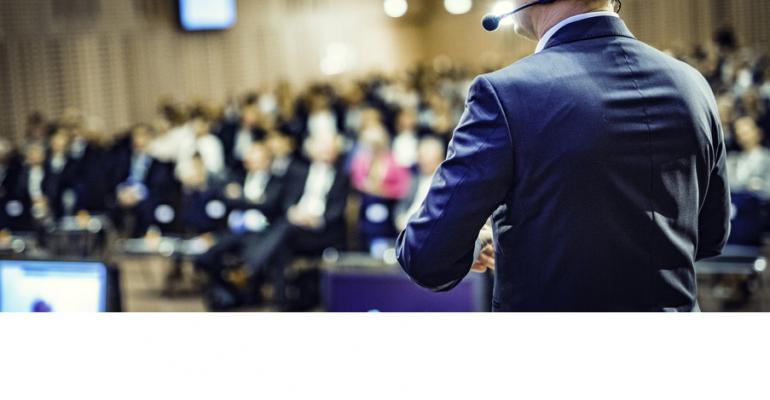 A boorish metaphor on stage at the Tiburon CEO Summit makes us wonder: Should event hosts vet the scripts of featured speakers?

Here’s a tip that most meeting planners these days would think unnecessary to make clear to event speakers: When crafting a metaphor to make a point in your presentation, don’t refer to sexual propositions. However, it seems we’re not at that point just yet.

According to various attendees of the Tiburon CEO Summit held October 7-9 in San Francisco, Fisher Investments Chairman Ken Fisher said from the stage, “Money and sex, those are the two most private things for most people,” so asset managers should tread carefully when trying to obtain new clients. Otherwise, “it’s like going up to a woman in a bar and saying, ‘Hey, I want to talk about what’s in your pants,’” he added.

And while the Tiburon conference is invitation only and attendees are asked not to disclose content from the event, enough of them were disgusted that they reported it on social media.

Actually, this wasn’t the first time Fisher has used that unseemly comparison to make a point at an educational event. While speaking at the Evidence-Based Investing Conference in 2018, he compared marketing mutual funds to asking a woman for sex at a bar. “I mean, the most stupid thing you can do—which is what every mutual fund firm in the world always did—was to brag about performance in a direct mail piece, which is a little bit like going into a bar if you’re a single guy and you want to get laid, walking up to some girl and saying, ‘Hey, you want to have sex?’” according to an audio recording obtained by television network CNBC.

While both conferences were subjected to several days of unwanted media coverage in the aftermath, the consequences for Fisher and his firm were considerably more severe. First, organizers of both conferences banned Fisher from ever speaking again at their events. Then the client cancellations started rolling in: In the two weeks after the Tiburon conference, four government pension funds, Fidelity Investments, and Goldman Sachs pulled a total of nearly $3 billion in business from Fisher Investments, shrinking that firm’s business by 2.5 percent, according to CNBC.

So far, there’s been no word from Fisher Investments as to whether Ken Fisher will continue to represent the firm as a speaker in the future.