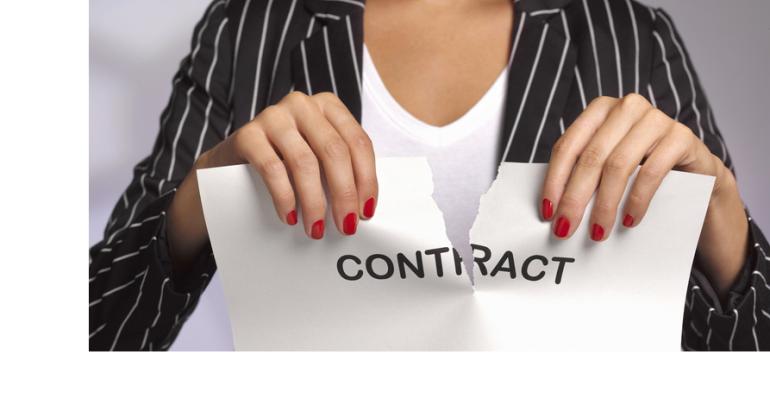 If Your Venue Dumps Your Event, Have a Concessions List Ready

Smart negotiating can ensure a meeting maintains its quality and that the host is made whole—and then some—if the meeting is relocated by a host venue.

A November 29 article on MeetingsNet.com about contract clauses that can better protect groups when a venue cancels drew a lot of conversation on Meetings Community (MeCo), an online chat forum for meeting professionals.

The solutions discussed by the veteran planners on the forum were these: A group could either insert a contract clause that does not allow the event to be moved because of a better piece of business for the venue—a stipulation many venues will not agree to—or insert a clause specifying the compensation a group would receive for moving to an alternate property, or moving to alternate dates at the same property.

But even without a compensation clause in the contract, a planner still could gain many concessions from a venue that’s trying to move a meeting in order to host a more profitable event over the same dates. After all, the venue does not want to make an enemy of a meeting group—and it certainly does not want a planner posting the tale online for the wider planning community to see.

One example of last-minute negotiating that worked out well for a group: MaryAnne Bobrow, CMP Fellow, CMM, CAE, head of California-based planning firm Bobrow Associates, faced this situation several years ago with a recurring event at a big-city convention center. The 5,000-person annual convention used at least 225,000 square feet of exhibit space and also had large room blocks at three hotels. “We were not a true citywide, but we were a very good piece of business for that city,” she says.

Nonetheless, just over one month before the event, “I was told that they had to move my event because there was a citywide that wanted the center’s space over our dates,” Bobrow notes. “Actually, the center wanted to push our event dates back by a week—to dates that were over Super Bowl Sunday” in early February.

“We consulted legal counsel but were told that there was pretty much nothing we could do,” she says. “Instead, I made sure the move would benefit my group and make their experience even more enjoyable” than the original plan. How? “I insisted on several ‘must haves’ in order to finalize a new agreement.”

First, Bobrow was able to secure discounted hotel rates for the new dates. Next, “as a smaller organization, we didn’t have a marketing department, so creating marketing materials was an important thing for them to do for us to promote the new dates and the enhanced event features.”

One such feature: To keep attendees at the show throughout Super Bowl Sunday, “the center agreed to provide large TV monitors around seating areas throughout the exhibit hall and to provide hot and cold snack stations, so people could keep an eye on the game as they were visiting the booths.”

Bobrow notes that “the provisions I negotiated for allowed the event to be the experience it needed to be over the new dates. We thought everything through and did not make any decisions lightly, and I can say the new elements that we got really satisfied our attendees and exhibitors. Working in a positive manner with the city, the center, the hotels, the general service contractor, and the audiovisual company ensured that the event was excellent and that our relationships were not damaged, which is an important factor to consider in the big picture.”