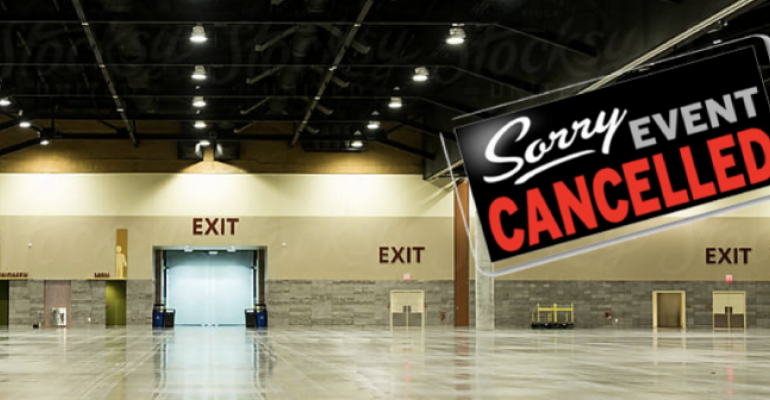 An image from the CXL Events website.
Meeting Planning Toolbox

A "Craigslist" for Canceled Meetings?

An online reseller of contracted meeting elements launches a week ahead of its industry rollout at the IMEX show in Frankfurt.

When meetings are canceled, the group that signed the contract is typically responsible to pay either a flat fee or a percentage of the revenue they were to bring to the contracted supplier. And when a cancellation happens within a few weeks of the event dates, the payment is often for the full amount that was due to the supplier.

To help meeting groups mitigate cancellation-related costs, Amsterdam-based CXL-Events.com launched this week as an online marketplace for reselling and purchasing contracted elements of meetings and special events, including guest rooms, venue rentals, catering and audiovisual services, group tours, transportation services, and other items. Planners dealing with an event cancellation can obtain a voucher from a contracted supplier to be posted to the website under the specific product/service category, along with an asking price. Planners can add photos to better describe the element for resale, and must provide the specific dates of the contract. Then, potential buyers can contact the reseller and negotiate for the contract. The cost to the reseller for using the website is $25 per 30-day posting.

For example, the initial post on CXL-Events.com for its soft launch was a one-hour speedboat tour of Lake Michigan for 50 people, originating from a marina in downtown Chicago. Original cost to the reseller was $4,000 plus tax; the present asking price is $2,750, and the contract is valid until September 30, 2019.

When it comes to the reselling of hotel guest rooms, however, things might not be as simple as with other event elements. Lisa Sommer Devlin, a meetings- and hospitality-focused attorney at Devlin Law Firm P.C. in Phoenix, says that "every hotel company I know about expressly prohibits customers from assigning all or part of their contract without hotel approval, and many expressly prohibit reselling of the type described" by the website. Among the complicating issues are food-and-beverage spending minimums within the group's contract, non-compete clauses prohibiting employees of rival firms from being at the hotel, "dumping" rooms at low resale prices, and others.

In response, website founder Steven Wickel notes that guest rooms would be sold individually, not to another group in bulk, just as the hotel would do with that inventory after a group cancellation. In addition, he says, "did an event planner ever get a refund for a cancellation fee when a hotel resold the guest rooms over the original event dates? I doubt it." That said, many experienced planners do follow the pickup of guest rooms released from event contracts and collect some recompense from their cancellation fee.

The new online venture will have its first industry presence at the IMEX Frankfurt show May 21-23, followed by The Meetings Show in London June 26-27. Wickel says that he and his staff will conduct briefings with interested planners who want to learn more about the service. The company has not yet announced whether it will participate in IMEX America in Las Vegas, September 10-12. For more information, visit www.CXL-Events.com.