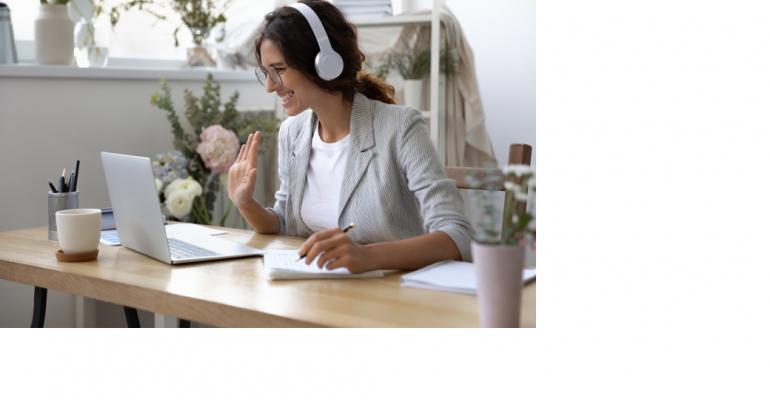 Here's how one company promoted its virtual-meeting sponsors through gamification, skits, merchandise, and more.

For its recent annual leadership meeting, held virtually for the first time, Consulate Healthcare knew it had to take a different approach to sponsors’ engagement with the audience. Consulate is made up of 138 member facilities that are independently owned, making interaction with the 450 attending executives desirable for sponsors of the three-day event.

“At first, we were struggling with how to utilize sponsors in the virtual program,” says Jennifer Trapp, vice president of corporate communications. “We wanted to make sure that it was worth it for them to be involved, but also that it was meaningful to attendees.”

One way she achieved this was through the merchandise bags that were sent to attendees’ homes ahead of the event. “We let one sponsor customize a really nice insulated coffee mug that was in the swag bag, something that people would want to use as they sat through the event.”

That opportunity had another dimension: At certain times each day, attendees were challenged to take a photo of themselves with the mug and submit it to the conference app via social media. In each instance, the first photo submitted and the most creative photo submitted earned a $50 gift card for those attendees.

Another sponsor opportunity came through a leaderboard that tracked attendee participation, with gift-card winners chosen for their activity over a half day, full day, and across the entire event. “There were at least 15 ways for attendees to earn points, and we could see exactly how people were interacting with the platform,” which allows the event host to add or alter interactive elements along the way.

“We assigned higher points for the things that we really wanted to see attendees engaged in.” Trapp notes. “It started with them creating their profiles on the platform one week ahead of time, which would get them familiar with the platform and be comfortable when the event started. And during the event, we incentivized Q&A sessions, chat rooms, and sponsor interactions with larger point offerings. The competition created a lot of engagement and also gave the sponsors a lot of visibility.”

Another sponsor-promotion tactic: With Trapp acting as conference host, “after each session I stepped up to do a funny skit with an executive or just do some housekeeping notes and introduce the next presenter,” she says, noting that most of Consulate’s executives presented live from a production studio in Orlando. “But every time I went on camera, I plugged one of the sponsors by saying, ‘The next reward for activity is coming up soon, compliments of XYZ company.’ They also had real estate on the website, so whichever screen attendees were on at that time had a banner space that rotated all the sponsor ads.”

Each major sponsor was also able to record a two-minute video message that culminated with introducing a Consulate executive’s presentation. For these opportunities, Trapp encouraged each sponsor to share a useful observation, a best practice, or a product that was in the works.

“Between all of the elements we offered, I feel like our sponsors got really good value and visibility with our audience,” Trapp says.