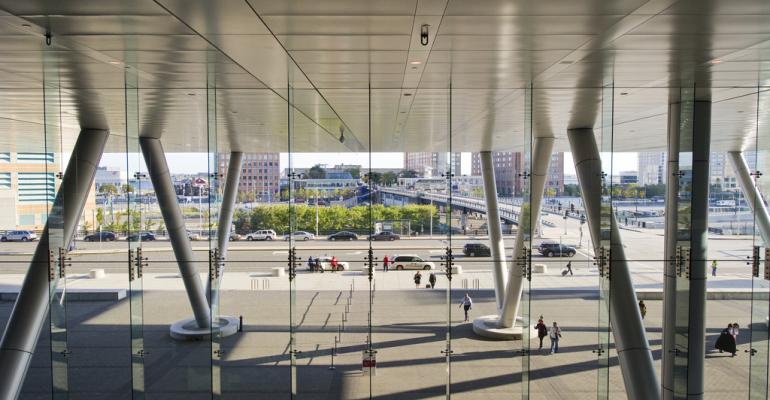 <p> Looking out from the BCEC in Boston.</p>
Association Conventions and Expos>Marketing Your Meeting

The authorities will prepare a Request for Qualifications to solicit interest from hotel development teams that would construct and finance a headquarters hotel complex near the corner of D and Summer streets across the street from the BCEC.

Later this year, work is slated to begin on two new hotels near the BCEC—a 330-room Aloft and a 180-room Element, both managed by Starwood.

Currently, there are 1,700 hotel rooms within walking distance of the facility.

These new projects are all part of Boston’s long-term plan to expand the BCEC.

Association Meeting Locked Down During Boston Manhunt
May 13, 2013