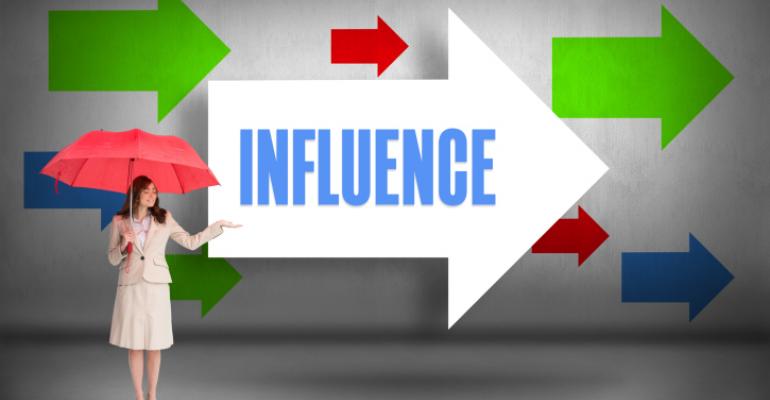 Wavebreakmedia Ltd on Thinkstock by Getty Images
<p>How you can increase attendance at your next meeting or event by harnessing the 3 channels of influence.</p>
Association Conventions and Expos>Marketing Your Meeting

How you can increase attendance at your next meeting or event by harnessing the 3 channels of influence.

1. Give Them Something to Talk About

“Marketing has changed a lot over the past 10 years, from push to pull,” said Lutz. And there’s no better pull than having other people, particularly people who have a broad reach within your potential audience base, talk up your event. “It’s part of the evolution of marketing from the four Ps (product, price, place, promotion) to the three Es (engage, equip, empower).” In fact, according to global information and measurement company Nielsen, 92 percent of consumers believe recommendations from friends and family over all other forms of advertising, said Lutz.

And word-of-mouth, or WOM, can be a key way to help you reduce your marketing spend because it is essentially just happy, loyal participants talking about your event in person and, increasingly, online through social media, for free.

But there is a dark side to WOM—those who are equally  vocal about not liking your event (think about those tweets that have gone viral, said Lutz—remember “United Breaks Guitars”?). And a testimonial that comes from a company, rather than an individual, won’t do you much good either, he added. WOM can be powerful—64 percent of marketing execs believe it’s the most effective form of marketing, according to Nielsen—but it’s also not easy to do well. Only 6 percent of marketers believe they’ve mastered it, Lutz said, again citing Nielsen data.

One thing that helps generate WOM buzz plays on a trait humans tend to share: The fear of missing out, also known as FOMO. If someone influential is talking up your meeting, your speakers, or the social aspects of the event, FOMO begins to kick in and may push some wobblers into registering, said Lutz. It also helps if you can provide some “social proof,” such as which sessions are trending hot.

Registration lists rule, he said—everyone wants to know who else is going. “I only go to events because of who else will be there,” said Lutz. While that may not be at the absolute top of every potential attendee’s reasons-to-register list, it’s almost guaranteed to be in everyone’s top three. Make it easy for people to share that they’re going to be at your event on their social media channels. And make sure you are attracting the right people, who then will spread the word to their friends, peers, and followers.

One tip on attracting those at the young end of the spectrum, which is something many associations are struggling with, said Lutz: Build loyalty with the mid-career professionals who are advising them. They’ll bring the next generation with them. But don’t call them “young professionals,” because while they may be new to the job, they may not be in their 20s. Lutz suggested calling them “emerging” or “early career” professionals instead.

But to hook the desirable mid-career influencers, or any other potential attendee demographic, it’s essential to earn their trust. One way to do that is to consistently provide thought leadership in the form of articles, tools, and services they can tap for free. Instead of ancillary income that may not amount to much, the organization will earn priceless loyalty and participants who will both return year after year and spread the word on your behalf.

Another good traditional channel to tap is your organization’s chapters, volunteer leaders, exhibitors/sponsors, and media. “Make it easy for them to share the good stuff,” said Lutz. It’s all too common to see associations and their chapters view each other as competition. Instead, national should give chapters good content to share that will make the chapter look good and goose national conference attendance. Why not help chapters hold drawings where the winner from each chapter gets a free national conference registration?

Think about who else is involved with your organization’s community: Who are your influential consultants, distributors, contractors, speakers, bloggers, and online communities? One example Lutz provided within the meeting planning industry is the Meetings Community, or MeCo, listserv. A smart move for a meetings industry organization would be to reach out to MeCo and offer members something special, like a meetup just for them at the conference. “Those kinds of communities are a new channel to tap,” Lutz said. Especially important to reach out to, he said, are changemakers, industry disruptors, and thought leaders.

However, when you do ask another organization to promote your event for you, even if you’re providing something sweet in return, always let their brand lead, Lutz said. “You take the back seat. Most organizations screw this up.” Also think about how you can provide thought leadership opportunities: Can you give them special access, a meet-and-greet with someone influential, a 30-minute reception just for them, or a special seating area?