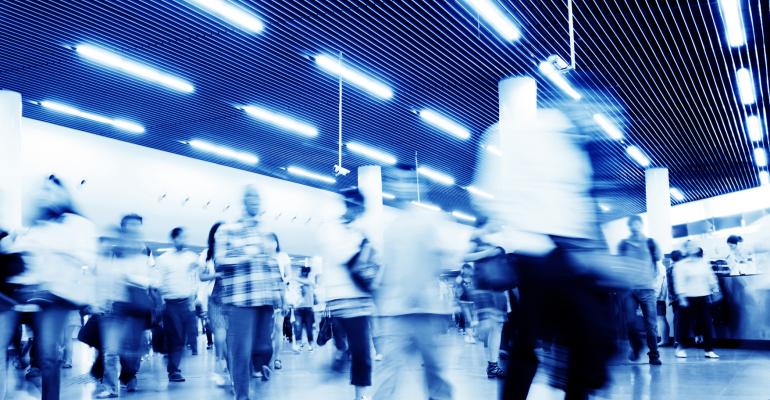 Airport Pet Programs Are Not Enough

Some airports are providing leadership when it comes to supporting travelers with disabilities, while others seem content to offer instagrammable moments.

Airport pet therapy is having a moment.

San Francisco International Airport has had a “Wag Brigade” (Instagram account here) for more than six years, and various other U.S. airports have similar programs where animals, usually dogs, are available to comfort nervous passengers. The Cincinnati/Northern Kentucky International Airport uses miniature horses and San Jose International Airport, the first airport to offer this type of passenger therapy, has several dogs and two cats doing shifts in its terminals.

This fall, San Francisco International Airport introduced the first non-allergenic therapy animal, a pig by the name of LiLou. According to her website, when she is not on one of her once-a-month visits to the airport, she lives with her owner in downtown San Francisco eating healthy food and getting her nails painted with non-toxic paint.

While any attempt to make traveling less stressful is laudable, airport pet programs make great Instagram pics, but they don’t offer any help to the travelers who most need it. Roughly one in five people globally have some kind of disability, and making travel easier for them requires airports to invest in better facilities and training rather than relying on volunteer programs. Apps are useful, such as this one from San Francisco Airport for travelers with autism, and the Aira app for blind and visually impaired passengers, but there is much more to be done.  The internationally revered violinist Itzhak Perlman, who travels in a wheelchair, has spoken of being trapped in Toronto Airport when an employee did not arrive to escort him. He has also had to deal with a badly trained Transportation Security Administration worker who held him in line while suspiciously investigating his metal leg braces. If these things can happen to a world-famous classical musician, imagine the problems faced by less well-known people with disabilities.

Passengers with sensory issues are also unlikely to be served by most airports. A crowd of flyers taking photos and making noise around a therapy pig is not likely to be soothing for someone on the autism spectrum who already finds airport terminals loud and confusing.

For more information on facilities with sensory spaces go to Kulture City.