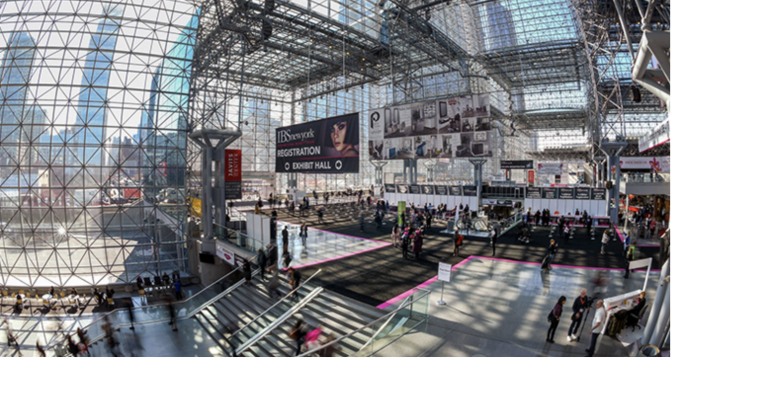 The International Beauty Show in late July will be the first business event to take place in NYC's Javits Center since the start of the Covid pandemic. Here, the 2019 show's registration set-up.
Global Events Planning

A large restaurant and foodservice show cancels for late July at New York’s Javits Center despite the mayor declaring the city will “fully reopen” as of July 1.

In late April, New York City Mayor Bill DeBlasio stated that come July 1, “we are ready for stores to open, for businesses to open” and that offices and theaters will be able to operate at “full strength,” according to NPR.org. DeBlasio cited the fact that 6.3 million of the 8.3 million adult residents of New York City have been vaccinated and that positive rates for Covid-19 tests have dropped below 1.5 percent.

That should be good news for the Jacob Javits Convention Center, where the latest event calendar includes the International Esthetics Cosmetics Spa Conference along with The Beauty Experience (together known as the International Beauty Show) on July 25-26, followed by the Manufacturing Jewelers & Suppliers of America in early August. However, management for one large trade show that moved from its traditional March time slot to be the first to return to Javits on July 22-24 has decided not to go on with the event after all.

“Based on feedback after conferring with the New York and tri-state restaurant and foodservice community, Clarion Events Food & Beverage Group has announced that the 2021 International Restaurant & Foodservice Show of New York and Healthy Food Expo NY will not be held in July at the Javits Center in New York City,” read a May 4 statement from Clarion. “Instead, the next in-person event will be at the Javits Center March 6-8, 2022,” on its usual date pattern.

While firm rules about attendance limits for events at Javits Center after July 1 have not yet been announced, it’s possible that the rules would be similar to those for other large indoor venues in the city, such as 18,200-seat Madison Square Garden, where 30 percent attendance will be allowed after July 1.

For the IR&F Show and Healthy Food Expo, “we have been in close contact with hundreds of our exhibitors, sponsors, speakers, and our association partners, and they have reported that they are just not ready for a large-scale, live event in the second half of 2021 and are very much looking forward to gathering in person with their peers in March 2022,” said Tom Loughran, vice president of Clarion Events Food & Beverage Group. “Although [we are] disappointed, our events are here to support the industry as a partner, and we know this is the right decision for our community.”

Interestingly, one event that was set to co-locate with the IR&F Show and Healthy Food Expo, Coffee Fest NY, will move to the Georgia World Congress Center in Atlanta in late July. In March 2022, that event will return to New York alongside the other two shows as part of F&B Week NY.

As for the International Beauty Show, it now will be the first large business event to return to the Javits Center. The website for event partner IECSC says that “this year’s show floor will still buzz, but with less-crowded aisles, social distancing, and the fanciest masks you’ve ever seen.”