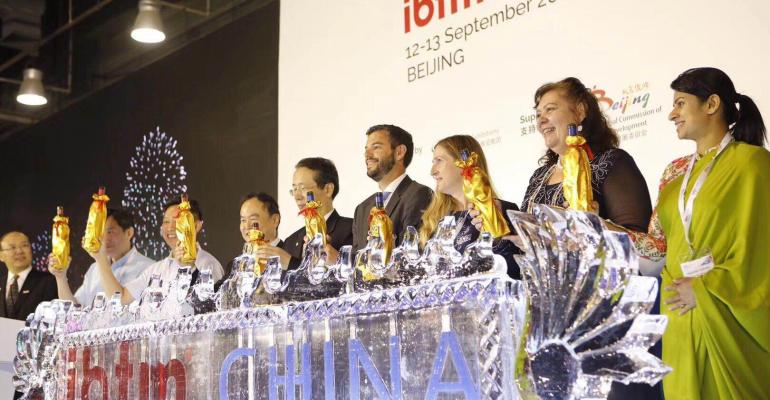 A growing meetings-industry event and a hotel-building boom signal a maturing Chinese market.

IBTM China also presented sessions exploring ten critical areas related to business events. These included an overview of the new wave of Chinese technology innovation and its effect on the global technology scene; creating engaging events based on attendee-personality traits; a study focused on the Chinese association market and how it will contribute to growth of the worldwide association industry; effectively selling incentive travel to business leaders; and event-related insights from the latest global industry trends report, including the automotive, pharma, energy, and mobile communication sectors.

The show took place the same week that Lodging Econometrics’s biannual Global Construction Pipeline Trend Report was released, which showed that China and the U.S. are very far ahead of other countries right now in terms of new hotel rooms under construction or contracted for construction. The U.S. pipeline, which has risen consistently since 2011, is now at 5,312 hotels and 634,501 rooms. For China, the numbers are 2,523 hotels and 556,645 rooms, both of which have been rising for five consecutive years. These two nations account for 61 percent of all new hotel-pipeline activity worldwide: 41 percent is in the U.S. and 20 percent is in China. The nations nearest to the U.S and China in new-hotel activity are Indonesia (394 hotels and 66,759 rooms), Germany (247 hotels and 47,155 rooms), and the United Kingdom (247 hotels and 36,487 rooms).

With IBTM China in the books, show producer Reed Travel Exhibitions turns its focus to the IBTM World event scheduled for November 27-29 in Barcelona. Nearly 3,000 exhibiting companies from 150 countries will meet with 3,500 buyers and thousands more visitors, with dozens of educational sessions taking place as well. New for the 2018 show is an immersive-technology showcase called the Exploratory Zone. It will give attendees an opportunity to engage and interact with technologies and event solutions set to make a strong impact on the events industry. Technologies on display will include virtual reality and immersive simulators, artificial intelligence, facial recognition, and 3D printing. What's more, Exploratory Zone will feature a Tech Bar, where attendees can ask questions of tech experts, take brief classes, and have their own social-media presence evaluated for its professional benefits.