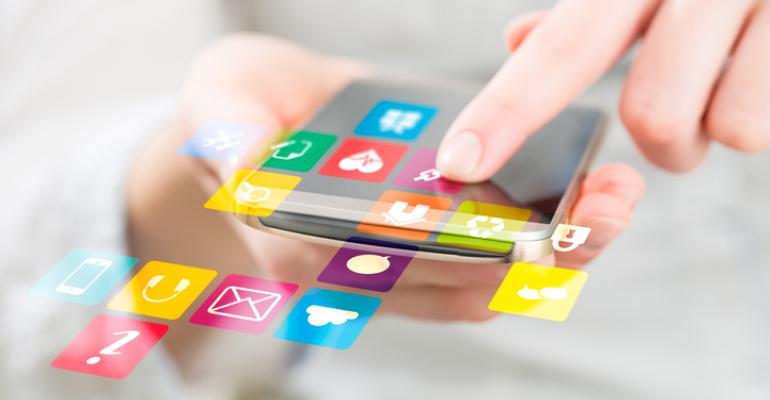 Industry insider calls attempt to remove clones from the App Store a “rallying cry” for meeting planners to focus on what’s unique about their event.

“4.2.6 Apps created from a commercialized template or app generation service will be rejected.” This line of Apple’s new App Store Review Guidelines is causing a lot of speculation about how it will be applied to event apps. The goal of the 4.2.6 is to weed out apps that are clones of other apps with only minor cosmetic changes.  That’s a great goal when it comes to scammers making replicas of other developers’ games and simply changing the images, but not so great if planners want to simply update the logo on last year’s branded app for this year’s annual event. No one knows how Apple will apply the new policy, but three app makers weighed in on ways to ensure that your app will pass muster.

According to Cvent, EventMobi, and QuickMobile, using white-label apps, where a developer has one master template and just rebrands it for each event, may fall afoul of the new regulation and the app will fail the review process.

Currently planners have two options: submit a app created by a provider under their own Apple app store developer license, or use a two-step process where attendees download a “container” or “universal” app from the provider first, and then either navigate to a particular event from a list to get the appropriate content and images, or update the app immediately to a new version with the right content  by scanning an event-provided QR code.

Vancouver-based QuickMobile offers both services, but they strongly advise clients to apply for their own developer license.  Kerry Plowman, product marketing manager says, “Apple prefers that customers submit apps under their own license. It’s only $90 and we help with the paperwork. Then the client gives us the right to submit the app to the App Store using that license.” Since meeting planners are typically not app developers, there are fewer apps under that license for Apple to compare the event app with. Plowman warns that although QuickMobile customizes its apps for each client, “we submit a lot of apps.” If a client submits under the QuickMobile license, they increase the chances that it will look too similar to another app and be denied.

If a client just does not want to get a license or is only interested in a one-off app, the QuickMobile Branded App functions as a container app, and although the event attendee should be able to update it to use content specific to their event, the downside for the meeting planner is that the app will appear on an attendees’ phone/tablet screen as QuickMobile, rather than with the event’s branding.

EventMobi also offers clients a container app as well as unique, premium apps. Bob Vaez of EventMobi called the regulation a “rallying cry” for event app providers to focus on unique features and content. He says, “Your event is unique, make sure your app is too. Honestly, most event planners really focusing on the event experience want highly customized apps that reflect the goals and brand of the event.” EventMobi has not changed any of its existing policies in response to the rule change, but they are offering more help to clients to use the recently introduced Advanced Designer tool to make sure each client’s app is truly unique.

Cvent, the largest event app creator, was in talks with Apple before 4.2.6 was introduced to explain the nature of event apps. Unlike, for example, gaming apps, where clones intentionally steal much of the functionality and branding of a popular game, event apps can be unintentionally similar because events require the same data collection and distribution types. In the beginning event apps were little more than schedules, but each year new features become available, such as iBeacon and RFID technologies, and they are adopted for events until they become standard in the industry. But “standard” can often look like “clone” to the Apple review board.

Although the Apple review process is relatively fast, anywhere from two to eight days, if an app is denied it could leave meeting planners scrambling to have their provider rebuild and resubmit in time to reach attendees for pre-event marketing and appointment booking. Two ways to avoid any last-minute calamities: Build in some extra time in the process in case of rejection, and ask your app provider how they plan to address 4.2.6. If they can’t give you a satisfactory answer, consider it a red flag.