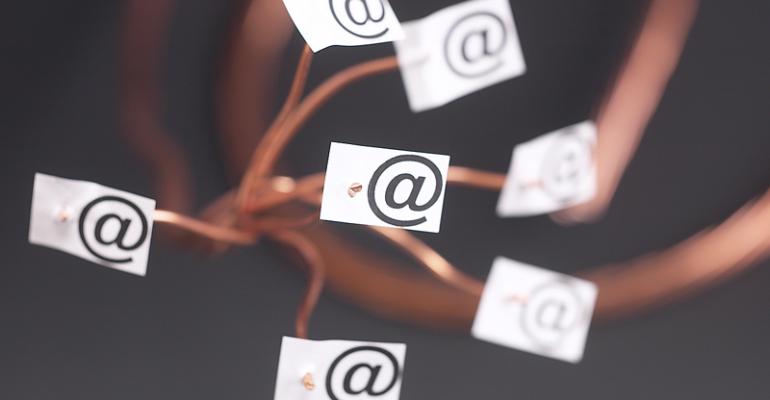 How one organization gets the bandwidth its meeting attendees demand by offsetting fees through innovative sponsorship opportunities.

“People want Wi-Fi, especially free Wi-Fi, wherever they can get it,” says Larry Collins, executive director at North American Christian Convention. “It’s just a part of our lives.” That’s why he makes sure that the 8,000 attendees at his annual meeting, Victorious, can access it—for free.

“It’s just something that has to happen,” says Collins. It needs to be available and free to attendees, he says—even if it’s not free for the organization.

At each annual conference, including this summer’s NACC event, July 9–12 in Louisville, NACC offers free Wi-Fi in an area called The Hub, located at the entrance to the exhibit hall. It’s a large area where attendees can congregate, network, and access the Internet from their mobile devices or at a bank of computers. Wi-Fi access is free with a password provided by NACC that changes each day; users are asked to log in again if they’re on longer than 40 minutes at a time in case they inadvertently leave it on and use the bandwidth. Exhibitors must pay for their own hardwire Internet access at their booths if they choose to have it, but they can also use the free Wi-Fi while in The Hub. 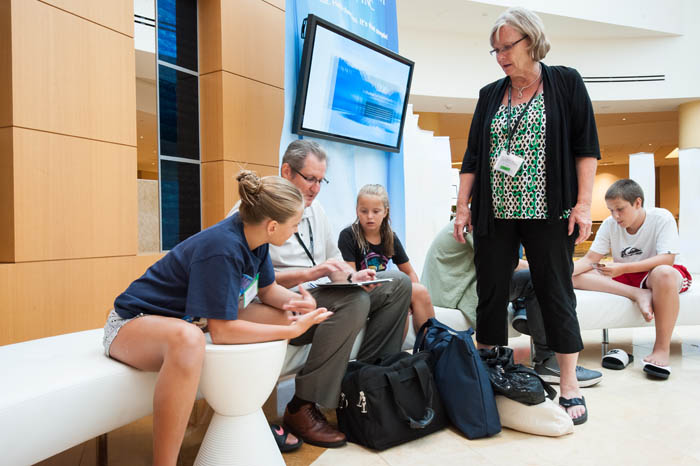 While the Wi-Fi is free to attendees, it’s a cost to NACC. But Collins and his staff are able to offset the wireless and computer fees in The Hub—which usually total $6,500 to $8,500 for the 4-day event—through sponsorships. The main sponsor for The Hub gets great visibility with its name on the banners, signs, and even on the screensavers on the computers, among other places. It also gets to place brochures and business cards throughout the area. The specially designed Hub business cards feature the sponsors’ logo and the daily Wi-Fi password. Other sponsorship packages offer visibility on the conference Web site.

The organization also live-streams all general sessions to remote attendees around the world. To accommodate these broadcasts to individuals, large church audiences watching together in one place, and in-house monitors, Collins buys about 10 megabits of bandwidth.

The costs can vary for that amount of bandwidth. He has seen fees as low as $5,000 and as high as $15,000, but it’s always a negotiated item. Collins tries to get a few extras in order to mitigate the overall cost. For example, last year he negotiated for the use of about a dozen high-definition television monitors that were placed around the convention center so attendees could watch what was on the main stage. Then he turned that concession into a money-maker by selling 30-second commercials to exhibitors that would play all day on the monitors. “They loved it,” says Collins. Those ads, along with other sponsorship opportunities on the Web site, were enough to cover the cost of Wi-Fi.

The live video content went to attendees in 47 U.S. states and 27 foreign countries, and got 15,000 views throughout the conference. The content was also archived and placed on the NACC Web site for viewing on demand up to 30 days post-conference, which attracted more than 25,000 views.

Free Wi-Fi at hotels within NACC’s room block can be harder to get, Collins says. Many hotels want to offer it, but some are stuck in long-term contracts with vendors to provide Wi-Fi so they have to charge for it, says Collins. Others have more flexibility to offer it for free as part of their room rate—like the Galt House Hotel and Suites in Louisville. Those that do offer it free are at a competitive advantage, says Collins. “It drives business for them,” prompting people stay there, and hang out in the lobbies and restaurants. Conversely, it could hurt those that charge $9.95 or $12.95 a day because attendees don’t want to be nickled-and-dimed, he adds.

Free guestroom Internet has become one of the chief demands of meeting attendees, according to surveys. Consequently, it’s something that more planners are asking for, including MaryAnne Bobrow, principal, Bobrow and Associates, a Citrus Heights, Calif.–based association management company. If she can’t get it for attendees for free, she will negotiate it into the room rate so the perception of attendees is that it’s complimentary.