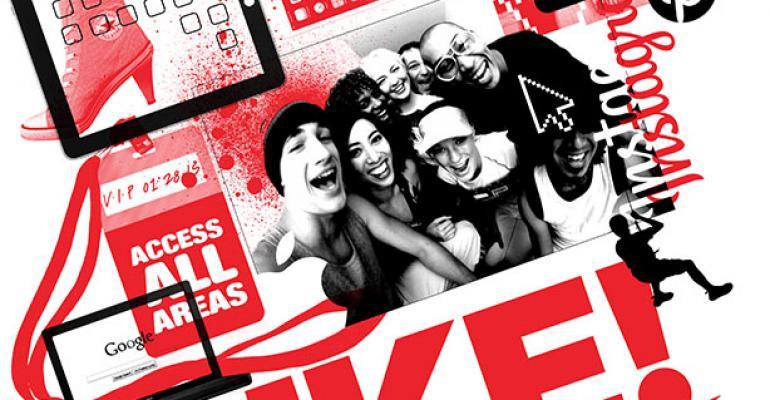 9 Effective Ways to Engage Millennials at Your Events

They may be young, but they know what they want from your meeting. Here are some practical ways to keep them tuned in and learning.

Ask a bunch of Baby Boomers and Gen X'ers what they were like when they were 25 and you hear words like fresh, energetic, ambitious, open, passionate, idealistic and even naive. Well, today’s 25-year-olds, the Millennials, use those same words to describe themselves. All 20-somethings want to do something new and cool. The difference between today’s young workforce and previous generations at that age lies in how they approach making that something happen, said Play With a Purpose’s Chief Idea Sparker Sharon Fisher in a MeetingsNet webinar.

So what drives Millennials? According to Fisher:

Value propositions. Where boomers and gen-exers were motivated to make money so they could spend it on “stuff”—houses, cars, etc.—Millennials find more value in experiences. Don’t spend a lot of time and money on room gifts and logo’d tchotchkes for your youngest attendees. “They would much rather do something cool and interesting,” Fisher said.

An entrepreneurial mindset. “Most Millennials say they want to start their own businesses someday, and in fact twice as many of them have already launched businesses as have boomers.” Think about how you can help them grow their network and a skill set that will help them reach their entrepreneurial goals.

Collaborative culture. “Don’t get me wrong, they are also competitive and want to move up in the world,” says Fisher. But instead of the boomer “everyone for themselves” mindset, Millennials believe that they can only get where they want to go by collaborating with each other and with their communities.

Access to Instagram-worthy experiences and people. The newest members of the workforce want to be able to say they met with the CEO, that amazing speaker, your organization’s top leadership, Fisher said. And they want to be able to show their friends via social media that they were a part of a unique event and interesting conversations.

A life in balance. Millennials “don’t want to have every moment scheduled,” said Fisher. “They want down time, some white space, some networking time, some time to go for a run or visit a local attraction. Yes, they want to engage with the other folks at the meeting, but they don’t want to be force-fed content the whole time.”

A belief in their power to change the world. They want to contribute, they want to share their knowledge, experience, viewpoints, and ideas on how to move the organization or the industry forward, she said. Social responsibility is one component of this belief, she added. “They want the meeting to be about heart share as well as mind share.” Create opportunities for them to share their vision and ideas, and for them to be able to give back something to the community while on site.

A desire to be surprised and delighted. “They don’t want their father’s meeting. They want something new and different and unique.” Fisher used the C2 Montreal International Business Conference as an example that blends sessions, networking, breaks—all the individual elements of a meeting—into one merged experience that happens in the same timeframe inside one large space.

Tech is second nature. Having a smartphone in their hands is their default position. But that doesn’t mean you can’t engage them. “Our job is to give them something to do that’s more compelling than being on their phones,” said Fisher.

To encourage interaction:
1. Instead of just having a coffee break where it’s on attendees to find the nerve to go up and introduce themselves to higher-ups, bring in interactive activities such as corn hole games, puzzles, art boards, and graffiti walls, Fisher suggested. Or you can hold a fun tournament during lunch. “These are all great ways to get everyone—even introverts—engaged while giving them something to talk about.”

2. Another strategy Fisher employs often is to use table signs to mix up the crowd and start conversations, she said. “We put signs saying things like, ‘Confirmed chocoholic,” or ‘Can’t get up before noon’—usually using more personal than professional traits. This creates a broad mix of people at each table, which helps break up cliques, and gives Millennials a way to both get next to people they don’t know and have a topic to talk about.”

3. Try out some different room setups. “Anything you can do to give the space a different look and feel will help engage Millennials,” she said. “Can you create cozy conversation corners?”

To make learning more interactive:
4. Use games and other activities that encourage people to talk with each other in your learning sessions. One that Fisher recommends is the FreshBiz Game, which was designed to develop entrepreneurial thinking in the new shared economy.

To help them be a part of the conversation:
5. “Invite them to participate in your organization’s board meetings. Ask them to do idea-sharing or crowd-sourcing to make sure their topics get heard. Allow them five minutes on stage to share a success story or a new idea.”

To keep them fresh and engaged:
6. Get them out of the hotel. “If you’re in New Orleans, can you take them to Mardi Gras World to build a parade float instead of doing an activity in the ballroom? Are there local training and learning organizations like Cirque du Soleil or The Blue Man Group that have facilities you can use for training?” Including a corporate social responsibility activity that benefit a local cause is an increasingly popular option, she added.

To create a-ha moments:
7. Start your general session off with something that’s engaging, not just entertaining, Fisher said. One activity she likes is Boom Time—"It's like Guitar Hero on steroids.”

8. Work with your sponsors to come up with ways they can create something wow-worthy while showing off their brand. As an example, Fisher showed a photo of an area where a toilet paper sponsor incorporated rolls of its product into an artistic logo’d background for a conversation area.

9. Don’t be afraid to try some activities that are outside your comfort zone. One Fisher likes is called Gum Art, which entails giving people chewing gum and them having them stick it on a board to form an artistic pattern. “I know, it’s a little gross, but it was really different, and people had a lot of fun with it.” At another event, she set up a James Bond activity that included a real shooting range.