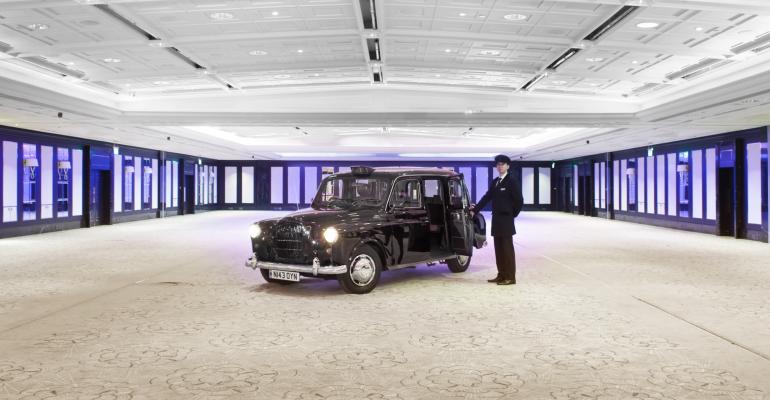 One of London’s most in-demand conference hotels reopens after a $105 million upgrade.

On September 1, the London Lancaster reclaimed its original name, the Royal Lancaster London Hotel, and completed a $105 million renovation of its 411 guest rooms and 15 meeting rooms.

The hotel has two pillarless ballrooms, both of which have entrances large enough to bring in a car for a product-launch party. The Nine Kings Suite has a private entrance, 4,143 square feet of event space including the foyer, and can host up to 1,200 guests for a reception and 650 for dinner. Floor-to-ceiling windows provide guests with a stunning view of Hyde Park. The Westbourne Suite has 3,307 square feet of meeting space that can host up to 1,550 guests for a reception and 400 for a dinner. The room has a built-in Bose sound system and is mapped for iBeacon technology. Both spaces have private, full-service kitchens equipped with “on air” buttons for the staff so that speeches won’t be interrupted by the clanking of pots and pans.

There are 13 other conference rooms on higher floors that can host meetings from 20 to 130 attendees. Known as the “Forest Suites,” each room is named after a different tree visible in the adjacent park. There is no guest room guarantee required to book the conference facilities.

Built in mid-century modern style, the hotel was once a favorite hangout for The Beatles and other 60s icons. A new Champagne Lounge, the Hyde, still attracts London celebrities, and there are three restaurants: The Island Grill, serving contemporary European cuisine; Nipa Thai, named for the Thai owner’s wife; and the Park Restaurant, serving British breakfasts.

Guest room updates include under-floor heating in the bathrooms, smart TVs, and Wi-Fi boosters in each room.

The hotel provides guests with complimentary cell phones during their stay, with free phone calls to five countries, including the United States.

The Royal Lancaster is a 10-minute walk to Oxford Street shopping, and two minutes to Paddington Station and the Heathrow Express.