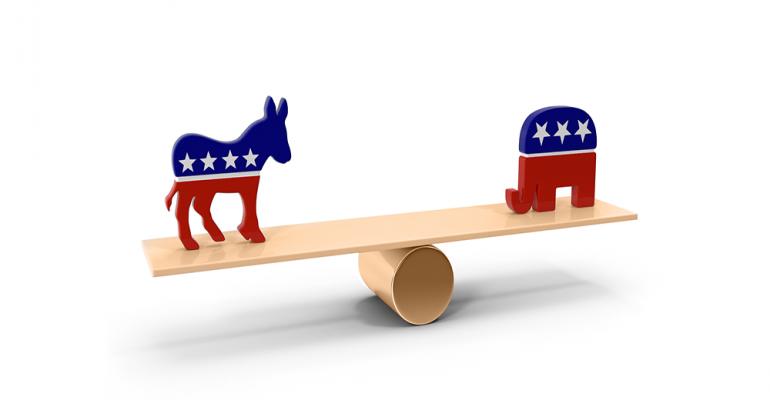 Advito has released its 2017 Industry Forecast, and on just about every page is a note about the difficulty of projecting business travel and meeting demand because of uncertainty surrounding the U.S. presidential election. The report acknowledges that uncertainty is typical of election years. However, it continues, “this November’s election is uniquely unpredictable. If Donald Trump wins, businesses will likely put investment on hold as they await more detail on his policies. This will inevitably temporarily weaken business travel demand. Inbound travel could also be hit by uncertainty around Trump’s foreign policy. On the other hand, If Hillary Clinton wins, the period of uncertainty is expected to be much shorter, and the risks to demand lower.”

Status Quo in the Air
Meeting planners get a break in the air in 2017, as Advito does not predict fare increases. The Big Three North American carriers—American Airlines, United Airlines, and Delta Air Lines—have all finally added capacity, while demand has been held in check because of a number of concerns, from security, to Zika, to the presidential election. This is good news for moderating airfare, however Advito notes that the Big Three are responding by scaling back their further planned capacity growth.

Potential bargains for meetings are on transatlantic routes, due to ever-increasing competition from non-U.S. carriers, in particular the Gulf airlines. Competition is especially intense between the American Airlines/British Airways and Delta Air Lines/Virgin Atlantic partnerships on U.S.–London routes, Advito says.

Hotel Rates Stay Strong
Room rates in the U.S. are up five percent to six percent this year and Advito expects a continued rise next year, between three percent and five percent. The seller’s market comes from the high demand growth and flat supply growth as well as hotels’ increasing use of yield management strategies. In response, some companies are negotiating transient travel rates at lower-tier properties. Serviced apartments and extended-stay properties may become popular and a compromise between traditional hotels and Airbnb. However, Advito states plainly: “2017 is the year to include Airbnb-type alternative accommodations in your program and travel policy.”

Meeting planners will continue to find the availability and cost challenges that have been with them for the past few years, and Advito’s advice for dealing with the situation includes many tactics that planners have heard before:

• Be flexible with dates and patterns.

• Pare down your meeting space.

• Push only for concessions that are critical to you.

• Negotiate multi-year deals (or multi-meeting deals) with suppliers to increase your leverage.

Car Rental Prices Flat
More a concern to corporate travel managers than corporate meeting planners, car rental rates will remain flat through 2017, according to Advito. The report points out the massive increase in use of Uber and Lyft, citing the statistic that almost half (48.7 percent) of ground transportation transactions processed by expense management company Certify in the second quarter of 2016 were for ridesharing services, up from only 8 percent in the same quarter of 2015. (Taxi receipts fell from 37 percent to 14 percent.)

Download the full report, which also includes a global economic outlook and price forecast, from the Advito website.

In Global Business Travel, What’s a Dollar of Prevention Worth?
Jul 31, 2015