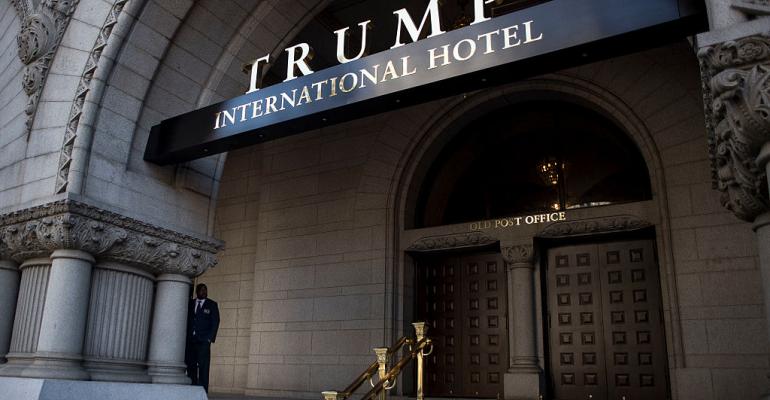 A Washington, D.C., meeting and event professional has joined a lawsuit against President Donald Trump claiming he violated the foreign emoluments clause of the Constitution, which prohibits the president from receiving anything of value from foreign governments.

The planner, Jill Phaneuf, works for a hospitality company in D.C., but is joining the lawsuit—originally filed in January by the watchdog group Citizens for Responsibility and Ethics in Washington—as an individual.

“This isn’t about politics; I’m a registered Republican and I believe nothing is more important than our constitutional protections,” Phaneuf said in a press release. “I joined this lawsuit because the president is taking business away from me and others with unfair business practices that violate the Constitution.”

The amended complaint, filed in U.S. District Court in the Southern District of New York on April 18, also includes an association of more than 200 area restaurants and 25,000 restaurant workers called the Restaurant Opportunities Centers United. The restaurants in the suit consist of establishments owned by Tom Colicchio, Alice Waters, Andy Shallal, and James Mallios.

The foreign emoluments clause, which can be found in Article 1 of the Constitution, states: “No Title of Nobility shall be granted by the United States: And no Person holding any Office of Profit or Trust under them, shall, without the Consent of the Congress, accept of any present, Emolument, Office, or Title, of any kind whatever, from any King, Prince, or foreign State.”

The plaintiffs claim foreign governments book events at Trump properties to curry favor with the president, which is a violation of the emoluments clause. Trump turned over management of his properties to his sons when he took office but did not divest ownership.

The suit claims the Trump International Hotel at 1100 Pennsylvania Ave., blocks from the White House, held an event to pitch the hotel to about 100 foreign diplomats and hired a director of diplomatic sales.

The suit states: Diplomats and their agents have expressed an intention to stay at or hold events at the Trump International Hotel. One “Middle Eastern diplomat” told the Washington Post about the hotel: “Believe me, all the delegations will go there.” An “Asian diplomat” explained: “Why wouldn’t I stay at his hotel blocks from the White House, so I can tell the new president, ‘I love your new hotel!’ Isn’t it rude to come to his city and say, ‘I am staying at your competitor?’”

Phaneuf’s business involves booking embassy functions and political events for foreign governments for two Kimpton properties in Washington—the Carlyle Hotel and the Glover Park Hotel. She competes with the Trump property for these events. Her compensation is tied to a percentage of gross receipts of the events she books for the hotels. Kimpton is not part of the lawsuit.

The suit says: “So long as violations of the Emoluments Clauses are permitted to continue, Ms. Phaneuf will continue to suffer from unfair competition as foreign states, the United States, and state and local governments divert their business to hotels in which Defendant has a financial interest. The ongoing nature of the injury makes monetary relief an inadequate remedy for the injuries that emoluments violations cause.” The plaintiffs want the court to order Trump to stop violating the foreign emoluments clause and release the financial records to confirm it.

The Trump administration called the suit “without merit” when it was first filed, according to reports. The Justice Department reportedly had no comment.