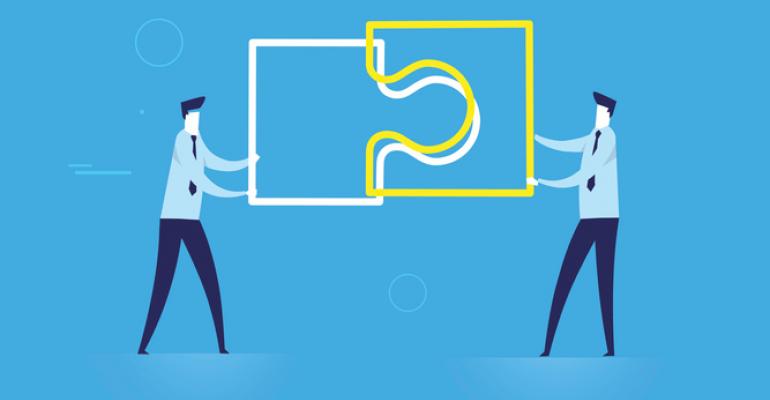 Consolidation of Meetings and Travel Functions on the Rise

A new study from the Global Business Travel Association Foundation finds a 62 percent increase in consolidation in just the past two years.

Organizations are increasingly consolidating their travel, meeting, and event programs, according to a recent study by the Global Business Travel Association Foundation. In fact, these consolidations are up 62 percent since 2015, and if this pace keeps up, two-thirds of programs could be fully consolidated by 2019.

Increased efficiencies, reduced redundancies, and time and cost savings are driving the consolidations, according to Patrick Smith, chief marketing officer at Cvent, which partnered with the GBTA Foundation on the study. “These programs should work hand in hand with each other, instead of operating in silos. We are seeing more travel and events programs come together at a faster rate than ever before, pointing to growing industry recognition that all of these functions support and reinforce each other—and generate better business outcomes.”

However, these gains aren’t necessarily going to be instantaneous, warns Kate Vasiloff, GBTA’s research director. “Patience is key when it comes to consolidation.” However, she adds, the survey results indicate that patience will pay off: 97 percent of those with fully consolidated programs reported great success in the most recent report, compared with just 14 percent in a survey GBTA conducted two years ago to explore the issues around travel and event program consolidation.

Other findings of the report include:

• 64 percent of meetings, events, and/or travel programs are either fully consolidated or in the process of consolidating.

• Those who said they are considering consolidating dropped by 46 percent as the number of those in the process rose. Twenty-three percent say they have not consolidated their programs, nor do they intend to.

• Leadership support is easier to come by now than it was two years ago, with 47 percent citing this as a main challenge, compared to 56 percent in 2015.

The report, “Consolidation Two Years Later: Shifts, Trends, and Status Quo,” is available to GBTA members here; non-members may purchase the report through the GBTA Foundation by emailing [email protected]

The Case for a Revamped Corporate Retreat
Sep 23, 2022