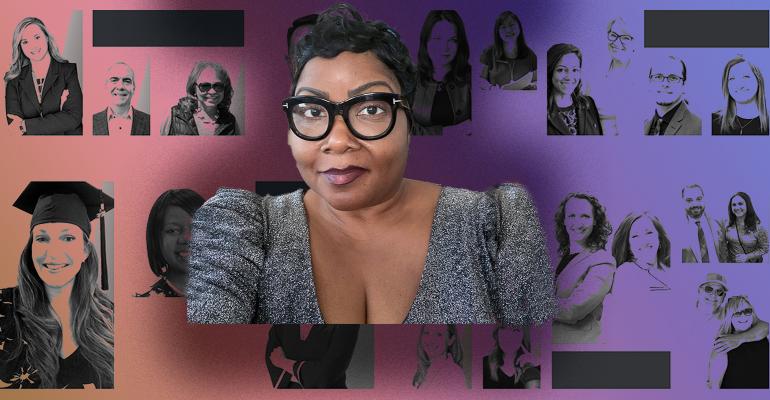 Be the Change You Want to See

Why a meeting planner for the NFL, Janice Jackson, CMP, DES, CTA, decided to participate in a vaccine trial.

Every night at 7 p.m. an alarm sounds on the phone of Janice Jackson, CMP, DES, CTA, events and meeting manager for the National Football League Players Association. That’s her signal to stop what’s she’s doing, take her temperature, and log some notes about how she’s feeling. She’ll be doing that for the next two years as part of the protocols for a Novavax Covid-19 vaccine clinical trial that she joined last fall through the University of Maryland Medical Center.

While Changemakers recognition more typically goes to those making a difference in their organizations, Jackson’s participation in the trial drives a change we all want to see for the meetings industry and the economy: defeating the Covid-19 virus. “I think [the hospitality industry], by and large, has been affected more than any other industry. I challenge anyone to debate that with me; I think, toe to toe, I’d win. We’re right up there with the nursing and medical industries but for different reasons: They’re impacted by the day-to-day crisis, but we have been just obliterated.”

Jackson was also motivated to volunteer for the trial because she recognized the importance of participating as a Black woman, both to ensure diverse representation in the trial data and to demonstrate the safety of the shot to those who might be reluctant to get vaccinated. It all started in spring 2020 when she heard a Black nurse on television speaking about her experience as part of a Moderna trial. Little did she suspect that she would have a similar opportunity to share her story.

“In my community, you have to understand, we are disproportionately affected by Covid,” Jackson says. “I needed people to know that people who look like them, people who live with them, people who are related to them, are taking part in this vaccine trial, and that it’s important for them to get vaccinated and to do so without apprehension.”

Her passion was not lost on the vaccine-trial organizers. The day after her first shot, she got a call from a television producer requesting an interview. The segment aired on Fox 45 in Baltimore and, as a Sinclair production, it was syndicated around the country. “So that was huge, but then I got another call the following week,” she said. That was an invitation to participate in a panel discussion that included faith-based leaders from around the state, representatives of the University of Maryland medical center, and Dr. Anthony Fauci, the chief Covid advisor to the President. (“He’s so gracious,” Jackson said.)  What’s more: A clip from her speaking on that panel was picked up by Trevor Noah for The Daily Show.

Planning and Giving Back

While Jackson loves events and travel, serving the community is what drives her. She has been a planner for more than 20 years, working for the National Basketball Association, Macy’s internal-events department, the Epilepsy Foundation, and the Baltimore Convention Center before joining the NFLPA. But ask her about her service work and she lights up. “I’ve been volunteering with an organization called My Brother’s Keeper since about 2017. I’m usually there on the weekends serving meals.” Before that, when she lived in New York, it was the Make-A-Wish Foundation and New York Cares that received her time and energy. “What fuels my soul is giving back,” she says.