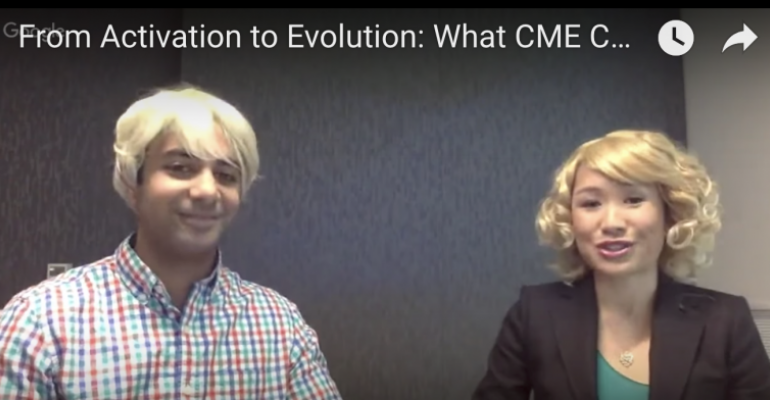 From Uber to Opioids: What CME Can Learn from Others’ Mistakes

The ubiquitous ride-hailing company Uber has had a rough year. First came Uber engineer Susan Fowler’s explosive blog post in February alleging a history of sexual harassment at the company, and an ensuing investigation. Then Waymo sued the company for poaching a Waymo engineer and basically replicating their artificial intelligence for self-driving cars. Then CEO Travis Kalanick got caught berating a driver on a dashcam video. Then the U.S. Department of Justice launched an inquiry into Uber’s use of Greyball, a software tool the company allegedly used to deceive regulators who were trying to shut down its service.

Tough for Uber, but what does all that have to do with continuing medical education? Genentech’s My Hanh Zacharia, medical education manager, learning and clinical integration; and Shashi Shankar, MPH, manager, U.S. medical affairs, drew some conclusions from how the company handled the cascade of calamity that could be applied directly to CME during a Genentech-sponsored lunchtime session at CMEpalooza Fall 2017. The online conference held October 18, is now available for on-demand viewing.

From Teflon to Trouble to Total Reset
Until this year Uber had enjoyed massive success—despite getting a lot of regulatory pushback from cities and states, along with lawsuits from drivers, passengers, and employees. It had faced trouble before, but until now, nothing stuck.

Now its reputation has taken a huge hit. Shankar said its positive press has nosedived while negative stories have soared this year, and the high traction of the #leaveuber hashtag mirrored a massive outflux of employees in recent months.

Then it took action on the findings of those reports, he said. First came a change in leadership: Kalanick left and former Expedia head Dara Khosrowshahi took over as CEO, and the company launched a search for a new chief operating officer. The company revamped its culture by hiring a new head of human relations that is committed to instilling best practices, and made diversity and inclusion executive goals for the first time. Senior leadership also is now being held accountable for the actions of their teams.

The new CEO already is showing a very different leadership style from his predecessor. Where Kalanick tended to react to objections to letting Uber operate in a city by faulting the other side, Khosrowshahi greeted London’s recent booting of the service with an apology—“On behalf of everyone at Uber globally, I apologize for the mistakes we’ve made,” he said in an open letter—and a call for self-reflection.

In a note to his employees upon leaving Expedia, he also shared a message of vulnerability, saying, “I have to tell you I am scared. I’ve been here at Expedia for so long that I’ve forgotten what life is like outside of this place. But the times of greatest learning for me have been when I’ve been through big changes, or taken on new roles—you have to move out of your comfort zone and develop muscles that you didn’t know you had.”

As Shankar said, “When those in decision-making positions ignore the data … they have to reckon with the consequences.” In this case, the consequences necessitated a total reboot of the company’s corporate culture.

The CME Connection
While hospitals, healthcare systems, and individual practices don’t share much commonality with Uber’s business model, they do share some similar challenges, said Zacharia. Clinicians, administrators, and managed care stakeholders do find themselves confronted with data that’s uncomfortable or inconvenient. But rather than defending or rationalizing or blaming another party, they can learn from Uber.

“The Uber scandal reminds us that continuous, collective learning can lead to real change if it is built into the culture of an organization,” he said.

Start by evaluating individual and system biases so you know what you’re dealing with, as Uber did when it commissioned those reports. You need to be able to face the data objectively before you can decide on a strategic response—and CME can help with that, she said. CME prepares healthcare providers and other stakeholders with objective data, and informs them about the potential for bias.

The new Uber CEO’s attitude of vulnerability and openness is also something the healthcare industry could adopt more of, said Zacharia. “During this time of change in the healthcare marketplace, we can benefit from allowing that vulnerability into our learning activities. For example, when we’re developing a program that can help a system tackle a specific problem—maybe mitigating its risk or fulfilling a challenging requirement like MACRA [Medicare Access and CHIP Reauthorization Act] reporting—we can say, ‘We don’t have all the answers. Let’s work through this to find the answers together.” She envisioned asking everyone involved from the commissions, patients, and payers, and perhaps folks from industries outside of healthcare, to work through the tough issues and find solutions.

One challenge in the healthcare industry that’s been in the news even more often than Uber is the opioid crisis. When asked how the CME industry could play a role in carving out solutions, Zacharia said that CME programs often involve individuals who work with patients, doctors, and the local community. They are well positioned to contribute to the discussion at local and regional levels with other stakeholders, including legislators. CME providers could work with other organizations and legislators to build a strategy that takes into account the unique needs of individual patients and communities, she added. Shankar noted that, as with so many issues in healthcare, the opioid crisis is “fraught with regulation, so it will require true collaboration among all the players.”

CME providers also could look at programs that have had successful outcomes to see if they can adapt those programs to other communities, said Zacharia.

Note: Zacharia and Shankar also drew some interesting lessons learned about the need to separate real data from fake from the Donald Trump 2016 presidential campaign; and from Amazon, the importance of being able to lead learning even through failure. Check out the CMEpalooza Fall 2017 archives for more.