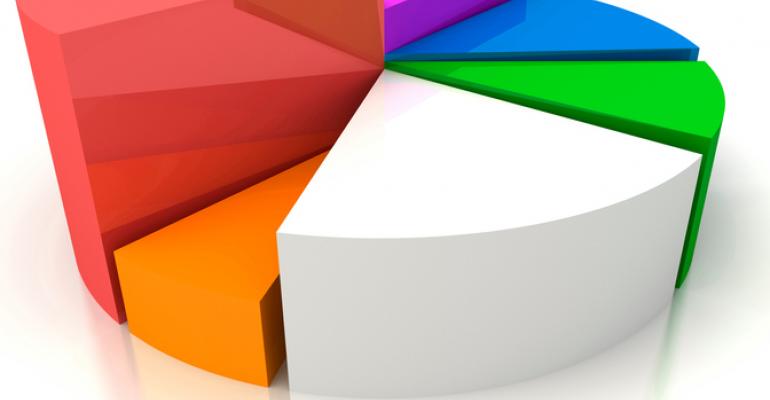 The latest numbers from the Accreditation Council for Continuing Medical Education show growth for most key business indicators.

Total income for accredited continuing medical education providers last year was $2.5 billion, up from $2.4 billion in 2015, according to the Accreditation Council for CME’s Annual Data Report: Growth and Evolution in Continuing Medical Education 2016. The report includes data from the ACCME-accredited providers, and those accredited under all other organizations in the ACCME system, including state and interstate accreditors and those who have received Joint Accreditation for Interprofessional Continuing Education.

While the number of hours of instruction, educational activities, and number of participants are up compared to 2015, the 1,833 accredited providers reporting data in 2016 has shrunk somewhat from the 1,876 reporting data the previous year. The ACCME notes that, despite some consolidation among CME providers, the number of activities and physician interactions has been climbing steadily since 2010. The number of educational interactions with physicians and other healthcare professionals in 2016 reached 27 million, and providers reported offering more than 1 million hours of instruction.

“Every day, across the country, clinicians can choose from more than 3,000 hours of accredited CME,” said ACCME President and CEO Graham McMahon, MD, MMSc, in a video released with the report results. “CME is growing, and it’s a vibrant enterprise. I’m excited about this growth, because it shows that physicians and teams are increasingly engaged in education that promotes the type of quality and safety in the evolution of healthcare that we all are looking for.”

He added, “Our annual report has a lot of data, but behind those numbers are real human educators working in organizations from large international specialty societies to small rural hospitals delivering programs that are meaningful to physicians everywhere.”

Commercial Support Increase Keeping Pace
The total monetary commercial support ticked up in 2016 over 2015, from $694 million to $704 million. This gradual upward trend began in 2015, after declining the previous six years. However, it accounts for about 28 percent of the total income, as it also did in 2015. Ninety percent of these providers’ activities did not receive commercial support.

Participant registration fees accounted for 54 percent of the total 2016 income, roughly the same as in 2015, for ACCME-accredited providers. The bulk of the remaining income came from advertising and exhibits (16 percent), with around 1 percent each coming from advertising/exhibits, private donations, and government grants. While the percentage of income from  commercial support and registration fees did not change year over year, advertising and exhibits income was up 5 percent, following an 11 percent bump in 2015.

In 2015, ACCME made some tweaks to its Program and Activity Reporting System, known as PARS, including replacing the “other” income category with registration fees (including registration, subscription, or publication fees received from CME activity participants), government grants, and private donations (including grants from foundations). It also eliminated the “allocations from CME providers’ parent organizations or other internal departments” category, which makes it difficult to provide year-over-year differences in income reporting in these categories for years earlier than 2015.

Also as has been true in recent history, publishers and medical education companies snapped up the largest percentage of the 2016 commercial support income, 52 percent, roughly the same percentage as reported in 2015. With more than $128 million in commercial support income in 2016, medical schools were the second largest recipient, though this number has dropped almost 6 percent since 2015. Nonprofit physician organizations were next, with almost $121 million; followed by other nonprofits (almost $45 million); and hospitals (around $34 million).

The big winners in advertising and exhibits income among the ACCME-accredited providers were physician membership organizations, which received 71 percent of that slice of the income pie. A not-close second place went to medical schools, which garnered 11 percent.

Each type of CME provider has its own income profile. While all share a reliance on registration fees for the highest percentage of their income, commercial support comprises 42 percent of total income for publishing and education companies; for medical schools and non-specialty society nonprofits, it’s around 38 percent. However, commercial support makes up less than 12 percent of total income for nonprofit physician membership organizations, and almost 30 percent of hospital totals. Commercial support income comprises a negligible percentage of government/military providers, whose biggest income driver, at 66 percent, was government grants.

Courses Are Still King
Courses made up almost half of the 158,000-plus activities accredited providers offered in 2016. Internet (enduring materials) maintained its second-place slot in 2016, with regularly-scheduled series such as grand rounds as the third most popular activity type.

Participation by non-physician learners also continued to climb with a 4 percent increase in 2016. The fastest-growing activity type among non-physician learners—including nurses, pharmacists, and other healthcare professionals—was Internet searching and learning, which surged almost 53 percent in 2016. Other increases among non-physician participation were seen in courses, RSS, Internet (live), committee learning, performance improvement, Internet searching and learning, Internet (enduring materials), and learning from teaching. While the total number of learner interactions involving test-item writing remained small at 521, that represents a 95 percent increase over the number reported for

Most Activities Designed to Improve Competence
Starting three years ago, ACCME began reporting how many ACCME-accredited providers were designing activities for changes in competence (teaching healthcare professionals strategies for translating new knowledge into action), performance (changing and improving what healthcare professionals actually do in practice), and changes in patient outcomes, something they are required to do to meet ACCME’s accreditation criteria.

Methodology
The data for ACCME’s annual report is collected through its Program and Activity Reporting System, known as PARS. Accredited providers submit data on their activities and overall programs every year, including number of hours of instruction, how many physicians and other HCPs participate in their activities, commercial support received, what the activities are designed to change, and the type of change analyzed. Represented in the results are 1,833 accredited providers that offered more than a million hours of instruction during nearly159,000 educational activities in 2016.

For the full data report and a video of ACCME President and CEO Graham  McMahon, MD, MMSc, go to the ACCME website.

Politics, Policies, and the Future of Medical Meetings
Jun 29, 2017