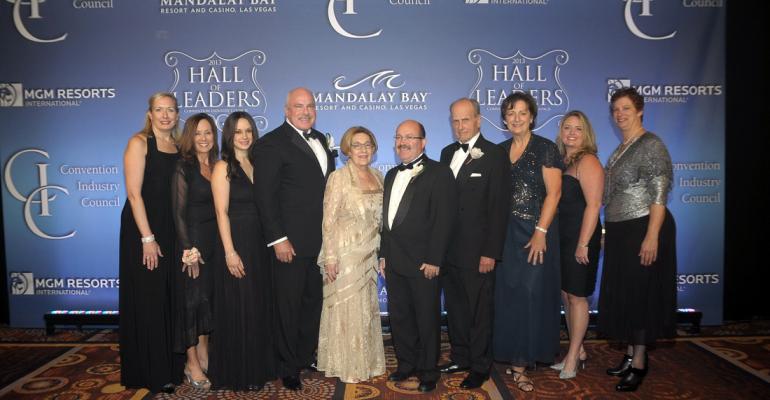 The Convention Industry Council is now accepting nominations for its 2014 Hall of Leaders honorees as well as for recipients of its Pacesetter Awards.

Hall of Leaders inductees are icons who have shaped the industry over a lifetime, while Pacesetter Award recipients are recognized for recent accomplishments that chart a future course for the industry. In 2013, both groups were honored at the Hall of Leaders Awards Gala, held for the first time in conjunction with IMEX America in Las Vegas in October.

Individuals and organizations interested in nominating candidates for this year’s awards are encouraged to read the nomination guidelines and complete an online form available at the CIC Web site.

Nominations may be submitted by CIC member organizations or by the general industry community. The deadline for nomination forms to be received in the CIC office is 5:00 p.m. ET on February 3. All essays and supplemental material must be received in the CIC office by 5:00 p.m. ET on February 17. CIC will announce the honorees in the spring and the awards ceremony will take place later this year.

0 comments
Hide comments
RECOMMENDED FOR YOU
How to Be a Meetings Advocate
Feb 01, 2012

Icons and Pacesetters to Be Recognized at Hall of Leaders Gala at IMEX America
Sep 17, 2013