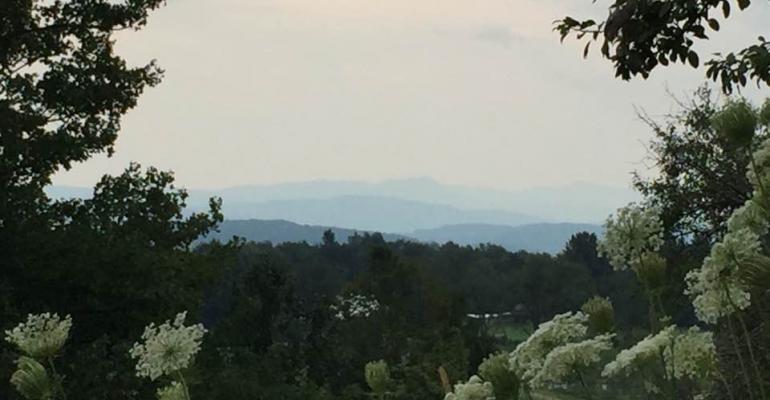 Meetings Are Made to Celebrate What Unites

Whatever the reason people gather together, meetings will always be food for our souls.

I recently spent five days at a mountainside resort with people who could not be more different from each other—my family. We came from all over the U.S., from Italy, and from Brazil. Some of us are tree-huggers, others not so much. Some lean left politically, some right. Some live for opera, others are die-hard rock-and-rollers. Ideas for what constitute a good time ranged from disc golf and mountain climbing to watching old movies and basking in the sun. We ranged in age from 14 to 85. We are actuaries, writers, lawyers, physical therapists, professors, students, startup entrepreneurs, and more. We are introverts, extroverts, gabbers, hipsters, buttoned-up, buttoned-down, and altogether unbuttoned. This was a recipe for disaster, right?

And yet we found more to connect us than to divide us. While it certainly didn’t hurt that we declared our retreat at the Stowe, Vt., Trapp Family Lodge to be a politics-free zone (and only broke that rule a few times), having a common cause—celebrating my parents’ 60th wedding anniversary—kept us for the most part spat-free. Small groups would go off and climb a mountain or bike a railway, while others relaxed by the pool or lingered on the terrace to enjoy the scenery. Then we all would regroup and have a meal together—enjoying good food was definitely one thing we all had in common!

Though it was a social gathering, it really wasn’t so different from most conferences I’ve attended. While talking with colleagues and new-found peers about takeaways from a breakout may not seem much like talking with sisters about a new way to do a yoga pose we learned in a class at the resort, the feeling is the same. Meet the "hat people"! We wore our "Q heart Z 60" (for Quincy and Zelia's 60th) hats around the resort and in town, which were great conversation starters—everyone wanted to hear the story of how, 60 years ago, these two people shared their honeymoon with the only two other guests at the original lodge—two priests! Having a physical thing that identifies who's in the group and symbolizes its story in some way really does help deepen the experience.

We came together around something we cared about, split off to learn and experience according to our individual needs and preferences, and reconvened to celebrate the uniqueness of the group—we created a miniature society within a society that was uniquely ours, and we inhabited it with respect for our differences as well as our similarities.

That conviviality is one of the things that I believe will sustain in-person meetings and events for the foreseeable future. Sure we Skype, we call, we email, we message each other on our sisters’ WhatsApp group, but physically being together creates a dynamic that is irreplaceable. Those digital tethers only sustain us until we can be together again.

Until now, whenever I heard someone say that people will always want to meet face to face, I added under my breath, “at least until the technology gets to the point where it’s the same as being there.” But our family retreat showed me that even if technology could make it feel like you are at a group event, there’s an indefinable something about being together in a unique place and time. We are herd animals in our souls, and we are fed by being with one another at least as much as we are by food and drink.

As I bid my family auf Wiedersehen and hopped into my Mini Cooper to head back to Massachusetts, I was surprised that what I was feeling was not all that different than what I felt as I took off from Toronto after the American Society of Association Executives Annual Meeting and Exhibition the week prior: A sadness that our time together flew by so quickly, a dread of the pile of work waiting for me when I got back to the office, and a deep contentment for having the privilege of being able to share time and space with such a unique set of individuals, of being part of that group.

That, my friends, is why meetings will always endure. Even the most introverted among us—that would be me—need that physical, soul-sustaining reminder that we’re not alone, that we are part of something bigger than ourselves. That we belong.