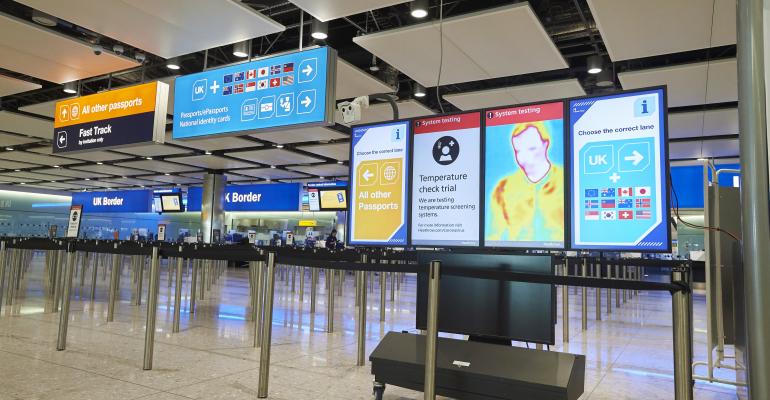 This week the United Kingdom instituted a two-week “self-isolation period” for anyone entering the country, including British citizens. The move requires anyone entering via plane, train, or ferry to provide the immigration service with an address where they will self-isolate for 14 days. The rules allow them to leave the property for food and medicine, but not to walk dogs or to run non-essential errands. Since Britain has suffered more than 40,000 deaths from the coronavirus pandemic and is still registering new infections, the move has been criticized as too late to address the pandemic and instead causing further economic damage.

Business associations, travel groups, and airlines have condemned the move as unenforceable, since any check up on isolators would be through calls to cell phones. In a BBC interview, Ryanair CEO Michael O’Leary called the rules a “political stunt” and British Airways is suing the government to repeal the new rules for international arrivals.

No dates for allowing large gatherings or reopening convention centers and entertainment venues have been released yet.

Across the continent, the German government has banned mass gatherings until August 31, but exempted trade shows and exhibitions from the ban, which has enabled each of the states to implement its own policy. The city of Berlin is currently allowing indoor events for up to 150 attendees, and 200 for outside events. If this trial period is successful, Berlin will allow outdoor events for up to 1,000 beginning at the end of June.

In France, outdoor café seating, parks, and other outdoor areas are open, but large gatherings including sporting events will not resume until the beginning of September.

Italy, which suffered more than 33,000 deaths from COVID-19, reopened its borders this month and restarted high-speed train access around the country. In Rome, the Palazzo dei Congressi and La Nuvola convention venues are opening. La Nuvola plans to host Cybertech Europe 2020 from September 23-24 with more than 100 exhibitors and thousands of attendees from at least 50 countries.