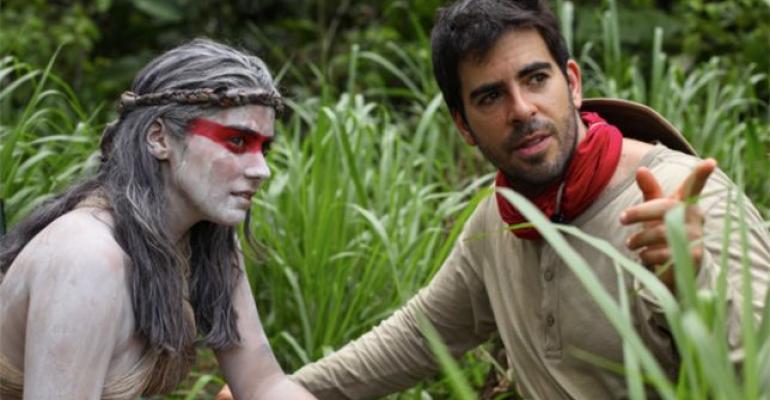 I was reading these five "bloody good lessons on creating intensity” that Fast Company writer Joe Berkowitz divined from the musings of horror film director Eli Roth, when it hit me that the same principles could be applied to meetings. Sort of, anyway. Bear with me.

OK, so your F&B will likely not involve any do-it-yourself cannibalism, as rumor has it is rife in Roth’s new film, “The Green Inferno,” or that you want to invoke a sense that “unspeakably awful things [will] happen to the characters” in your ballroom, but intensity is a propellant that drives learning forward. Intensity keeps people on the edge of their seats, or better yet, out of their seats altogether. Intensity makes a thriller thrilling, sure, but it also takes a meeting from mundane to something that stirs emotion, maybe kicks up a little anxiety, and brings an energy and excitement to the experience that can help sear learning into memory. So let’s pull back the curtain on those five things that make Roth’s films so intense, according to Fastco.

You’re not heading into the jungle with cameras, actors, and machetes, but there are  dangers, surprises, and delights as you delve into the depths of the learning experience you’re trying to provide. After all, your participants are coming to learn how to wrestle with their own proverbial alligators—why not show those teeth and sinewy claws, along with the best way to bring the beast down? If you can show potential attendees that you’re there with them in the mud, swatting the bugs and jumping at the strange jungle sounds, that you’re all part of the journey toward whatever your—and more importantly, their—goals may be, it’ll go a long way toward breaking down that third wall between your organization and your attendees. You're all in it together, so why not create that camaraderie?

2. Calm matters as much as the storm.

In Roth’s movies, this means a careful eye on pacing and building a story with characters—in your case, your attendees, your speakers, your exhibitors—everyone comes to believe in and root for, or against. You don’t want to constantly be “swinging the hammer,” providing those big, thrilling moments, because that’ll dull the edge of the experience. The key is to get people to care about the event, and the people involved, to get invested in what’s happening, and make them wait. Lull them into complacency, then—bam!—pull out the big experience or learning. As Roth says in the article, “If you give it to them right away, you’re letting the air out of the tires.”

3. Misdirection as a direction

Roth likes to disarm people with the familiar and comforting, then strip it all away piece by piece until his characters, and his audience, are left disoriented and jittery and on edge. Yeah, you don’t want to go there, but think about how you can take the familiar and give it a twist, let participants think they know what’s coming, then surprise (and hopefully delight, not horrify) them by twisting that expectation into a completely new, yet very cool, thing they didn’t even know they needed.

4. There’s a time to starve your audience, and a time to feed them

In a film about cannibalism, I don’t want to think too deeply about what he means by this one! But the main idea is that people are coming to the film, or your event, for certain amounts of “meaty” content. But more isn’t necessarily better. It’s better to tease, to provide tidbits and morsels that lead up to the intellectual banquet, rather than constantly throw down slabs of meat, platters of potatoes, and tons of tortes in hopes that they’ll find something of interest as they scrabble through the pile. Overkill may literally be overkill in a horror movie, but don’t think it can’t happen in events in a more metaphorical way. Don’t kill their curiosity by providing way too much, too soon, and too often. Let them get a little hungry, then feed them just what they need to keep going to the big payoff.

And when you do go in for the big moments, make them really big and juicy and satisfying. After all, you all worked hard to get there—make those moments truly memorable, in a good way, of course!

I've never been to one of Mr. Roth's movies, and I likely won't go to this one (way too squeamish), but I do think most meetings could be a lot better if they injected a little more of the intensity he seems to understand, that sense that the stakes are high, and the rewards are even higher, for those who can go the distance.