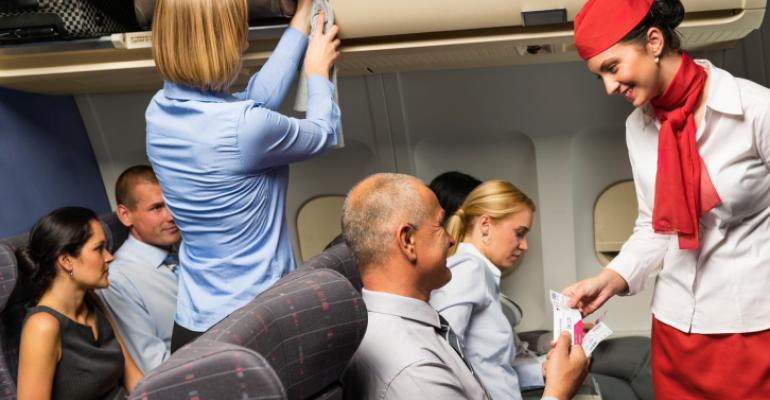 Do You Switch Seats on the Plane If Someone Asks You?

I used to be a nice guy. I really did. But one long flight a few years ago where, to quote Rihanna, "all of my kindness was taken for weakness," turned me mean, at least when it comes to giving up my preferred seat on an airplane when asked.

I had comfortably settled into my aisle seat in coach when woman with a baby came along. She had the middle seat, but wanted my aisle seat. It was a red-eye, and I don't sleep on planes, and I'm a little claustrophobic, and I had specifically reserved that seat, and I really did not want to give it up. But after she kept asking and asking and saying how she needed it for the baby, I gave in and let her have it. As soon as we took off, she handed the baby off to his father across the aisle and fell fast asleep for the entire flight. She wouldn't wake up to let me or the other guy in the window seat out to use the rest room, nothing. Dead to the world, or at least pretending to be. Then and there I vowed to never again give up my seat—even though I did pity the guy in the middle seat on my next flight, who must have been six-foot five, but even he understood when I told him why.

I thought of this when I read an article recently in the New York Times (subscription/registration may be required) about how the air turf wars are really heating up now that cabins are more crammed than ever, and you not only have to reserve your preferred seat early, you'll likely end up paying more for it. One poor person who fought the good fight and kept his seat, but the seat-stealer-wannabe ended up sitting next to him and  elbowed him the whole flight. That's just nasty.

Even nastier are those who just commandeer your seat and refuse to move, which I find kind of unbelievable. I've had people take my seat by accident, but a simple comparing of tickets historically has been enough to shuffle them off to their rightful spot. I'm not sure what I'd do in that case, probably call in a flight attendant to start, but I would do my best not to let them get away with it.

And it looks like I'm in pretty good company. On this SmartBrief poll on what people would do should someone try to steal their seat, those who answered "I will ask, then get pushier as needed. That's my seat, and I will sit there," were in the vast majority (44 percent), followed by "I usually say something to a flight attendant first to see if he or she can help me" (almost 25 percent). Just 0.69 percent said they'd give up without pushing back.

What would you do?

Image by CandyBoxImages on Thinkstock by Getty Images

To Recline or Not to Recline—Is that Really the Question?
Aug 26, 2014