/sites/all/themes/penton_subtheme_meetingsnet/images/logos/footer.png
Recent
Recent
Kimpton Hotel Fontenot Opens in NOLA
May 14, 2021
Waterfront Michigan Resort Gets $10M Makeover
May 13, 2021
[Webinar] Beyond Engagement: Using Gamification to Achieve More Meaningful Educational Outcomes
May 12, 2021
In Reopened Cities, Show Managers Walk a Tightrope
May 10, 2021
Philadelphia Gets Part One of a Dual-Branded Marriott
May 10, 2021
Featured
Virtual Events: We’ve Reached the Tipping Point
May 05, 2020
The Meeting Planner's Risk-Management Resource
Mar 04, 2020
The Welcome Guide: Tools and Ideas for Inclusive Meetings
Oct 07, 2019
2020 Changemakers
Jun 02, 2020
face2face
brought to you by 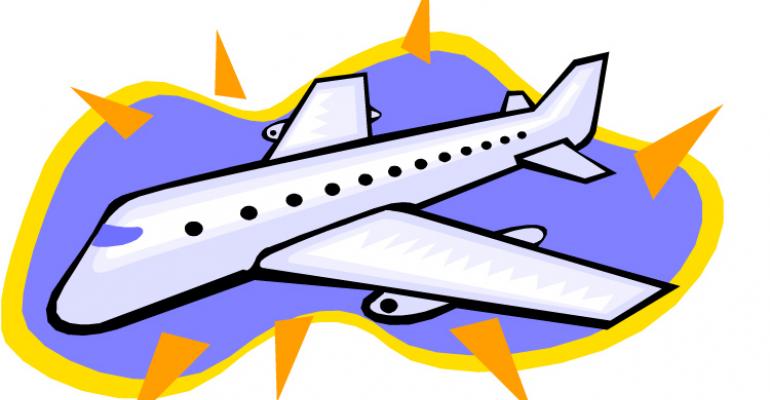 Airlines, Show You Care While We're in the Air

I don't fly nearly as much as Vikram Singh, but I totally could relate to his recent article, Hey Airline Industry! It's Time to Care Again, in which he cites the reasons why air travel has gotten so much worse in recent years, and what he thinks can be done to improve it. Who wouldn't like someone who manages to liken airlines to Frodo in that they, like the hobbit, may wish that the circumstances they find thrust upon them—in the airlines' case, out-of-their-control increases in taxes, fuel, and regulations that contribute to tight times for the airlines—never happened. And he quotes the Middle Earth wizard Gandalf, saying, "So do all who live to see such times, but that is not for them to decide. All we have to decide is what to do with the time that is given to us."

Unfortunately, what the airlines have decided to do—cram in more and more seats and decrease pitch, charge for everything but bathroom privaledges (at least, so far), and generally make flying something we grit our teeth and get over with—has resulted in the opposite of good customer experiences.

And he offers some great ideas for cheap and easy fixes, like having flight attendant and other staff actually smile at people, clean the planes between flights, serve decent coffee and tea, offer Wi-Fi and charging stations even in steerage, etc.

Pack enough food. OK, regular readers may have noticed that food becomes a bit ridiculously important to me, but that one flight back to Boston from the West Coast when they ran out of for-sale sandwiches, and all other snacks, within the first five rows of coach (I was in the sixth) really ticked me off. True, I now religiously bring something on board with me, but it's not the same. Whatever the algorithm may be, make sure the math works so that every starving person who didn't think ahead (and their seatmate) won't have to spend six hours with a grumbling tummy for company.

Eliminate reclining seats. They really don't make the recliner any more comfortable, given the miserly pitch they now recline to, but they do make life really awful for the person in the next row. Just take away the temptation and do us all a favor.

Find ways to keep people from asking to switch their lousy seat for your slightly better one. It may be a bit of wishful thinking to think the airline can do anything about this, but I'm really tired of people wandering the aisles and pitching sob stories to make me give them my aisle seat (which really helps me cope with my plane-related claustrophobia). I've been the nice guy and gotten burned a few too many times now, so I've learned to harden my heart and just say no most of the time, but there must be some way to discourage the seat-beggers from making their rounds, especially now that we have to pay extra for the aisle, window, exit rows, etc., seats they're trying to talk us out of.

Don't use duct tape for repairs, at least not where passengers can see it. It's very disconcerting to see a light panel duct-taped to the ceiling, or a tray table duct-taped together. I know it doesn't necessarily mean the engine is held on in the same way, but...

OK, I feel better now. Oh, and the smile thing? It really would help us tolerate all of the above.

P.S. I remember when flying was so much more glamourous than buses or trains, but now? Not so much.

TAGS: Business Travel Tips
0 comments
Hide comments
RECOMMENDED FOR YOU
Travel app lets you know the best seats on the plane
Oct 26, 2011
Which is worse on a plane: A yapping dog or a screaming baby?
Jan 14, 2012
Don't go to the airplane lav in socks and other travel tips
Jul 20, 2011