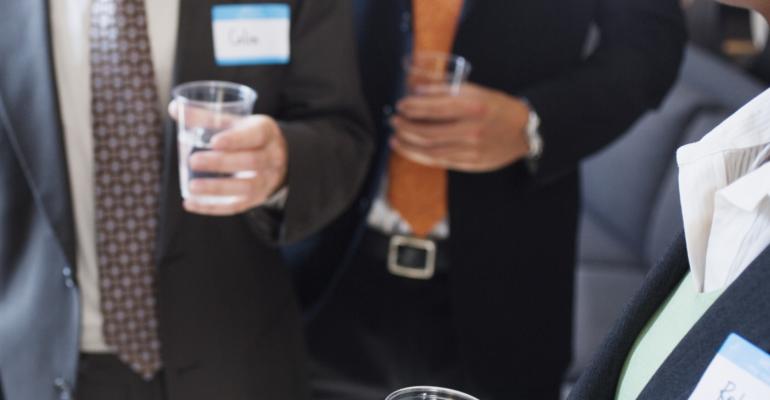 As an admitted word nerd, I can state categorically that, while the benefits of power poses may come and go, words will always matter. And never more than when you cross the threshold of one of those necessary conference evils, the networking event. So here are some thoughts—albeit from a not-very-effective-but-always-looking-to-improve networker—on how to power up your networking conversations and make connections that count, just in time for IMEX America next week!

1. Ask lots of questions. We all know a ton about one subject—ourselves. You can’t go wrong by asking people you meet about their goals, ambitions, daily grind, pet peeves, big accomplishments, opinion of the spinach dip … you get the point. When the subject is your conversation partner, it’s the rare person who won’t be glad to share. The corollary is to be sure to listen, not just nod your head while your eyes start looking around for the next person to target. I know, it can be tough to hear when the ambient noise is loud even before the music starts blaring, but hone in on what your partner is saying to find areas of common interest or ideas you’d both like to explore in more depth. Keep asking until you find something you can connect to in that other person’s worldview or experience.

2. Use the networking version of the 80/20 rule. This one is closely related to the first point. As Hubspot points out, on social media, you should share non-promotional content 80 percent of the time, and push your own brand 20 percent of the time. Ditto when the situation is just social with no media involved—don’t be one of those glad-handers who drops her elevator speech with a business card and moves on. If you’ve gone as far in learning about the other person as you—and he or she—wants to go, don’t instantly switch to what you want and need. Try to keep that 80/20 ratio going throughout the conversation. Of course, if the other person asks, it’s a great idea to have that elevator speech cued up and ready to roll. When you do share about yourself, try to tap into the things that make you passionate about what you do. Emotional contagion is a real thing, and passion and excitement is just as contagious as anxiety and boredom, but a whole lot more engaging to be around.

3. Use your filter. We all know to steer clear of religion and politics (especially politics, though it’s nearly impossible during this election cycle!), but you probably also should avoid gossip, a discussion of past professional lapses, whining and complaining, cuss words, and overly personal sharing of the TMI variety. 'Nuff said.

4. Say “thank you.” I know, weird, right? But according to this Smart Company article, research shows that the “expression of gratitude facilitates the initiation of new relationships among previously unacquainted people.”

• When you’re looking around the crowds of people all happily ensconced in conversation without you, look for groups of three. He says, “While two of them are chatting to each other, the third person will usually start talking to you (and probably feel relieved since they were the ‘odd person out’ in the group of three.)”

• To kick off you elevator speech in style when you’re asked what you do, he recommends using this formula: “Have you ever_(state a problem)____? Well, I _(solve the problem by doing this)_____?”

And to change hats from that worn by a networker to that worn by she who plans said networking events, here are 10 great ideas to help facilitate networking, gleaned by one of my colleagues at a session at IMEX America last year.

How do you survive, perhaps even thrive, in conference networking situations?

Conference Networking Must Be More Than Transactional
May 15, 2015