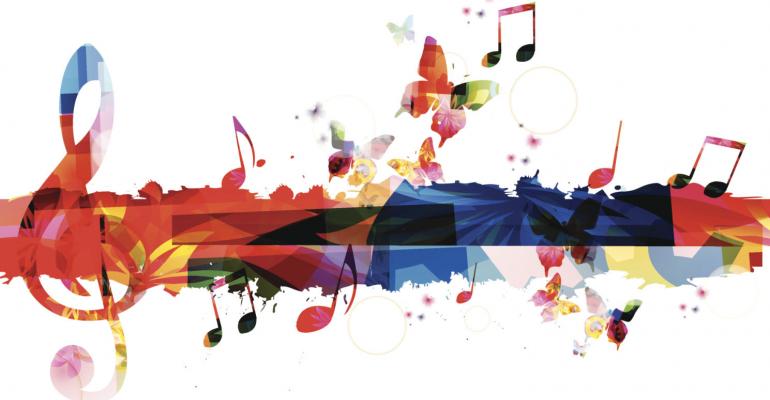 5 Things You Need to Know About Music Licensing and Meetings

Meeting planners are generally aware that if music is played during an event, a music license is needed. But beyond that, the details can get a little fuzzy. Who needs to hold the license? Do you need a license for each meeting? How much is it going to cost?

Howe began the workshop with the basics, explaining that Broadcast Music Inc. (BMI), American Society of Composers, Authors, and Publishers (ASCAP), and SESAC (formerly the Society of European Stage Authors and Composers, but no longer an acronym), all based in Nashville, are the three performing rights societies that collect royalties for music performed in public on behalf of the artists who created the music. However, SESAC is “not in the meetings business,” Howe noted, saying that ASCAP and BMI are the primary organizations with whom planners need to contract. And contract they should, said Owen, warning planners who play music at their events without a music license: “The chances of getting caught are slim, but the consequences if you do are substantial.”

1. The third-party that plans my meetings has a license, so I’m covered, right?
No, the final end-user must hold the license. That means the organization holding the meeting or event—not the DJ, the band, the venue, or a third-party planner—must have a music license.

2. What about the music carried over the hotel loud speakers? Is my organization responsible for that?
Music piped into a hotel’s public space is covered by its own music licensing agreements. However, once that music is played for your attendees as a group, you need a license. Howe explained it this way: “If the hotel has music in the bar, then it’s the hotel’s responsibility, but if your group takes over the bar for the evening, then it’s on you.”

3. If I use a music-streaming service like Pandora or Spotify for background at my event, do their licenses cover me?
No, using these services does not negate your responsibility to pay royalties.

4. Are these music licenses going to break the bank?
ASCAP and BMI licenses provide blanket coverage for a set period, usually a year, and they’re calculated based on the total number of attendees and exhibitors that come into contact with the music. Howe says it’s typically six to seven cents a head, with a minimum fee of $150. A license with each organization is needed.

5. Do my ASCAP or BMI licenses cover the music we’re using as background in the final night video?
No, a separate synchronization license is needed when you use music in videos, films, and Web sites, which can be obtained through The Harry Fox Agency Inc.

Imagining the Attendee Journey of the Future
Aug 24, 2015