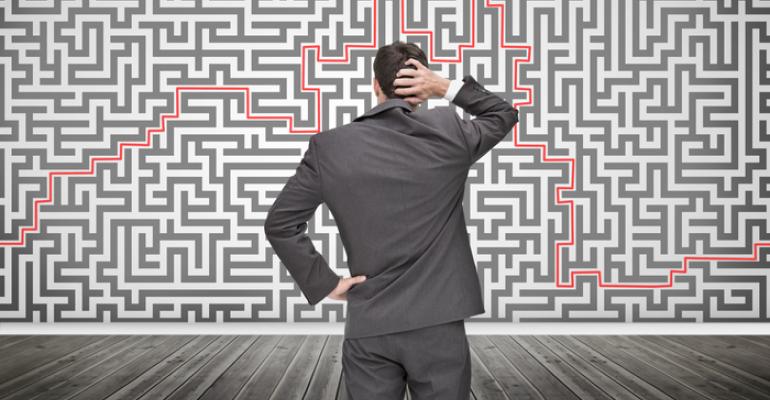 Who Gets the Exhibit Booth in the Back Corner?

Unraveling the mystery of booth-space assignments on the trade show floor.

Whether your meeting has a small exhibit space or a monster show floor, distributing booth space can be stressful and divisive if you don’t have a system in place that’s equitable, easy for everyone to understand, and well communicated.

Armed with first-hand experience working on Expo! Expo! and a report done by the International Association of Exhibitions and Events, Rick Jennings, CEM, vice president of partnership relations for IAEE, led a session at IMEX America to help attendees sort through their options and industry best practices.

Jennings reviewed three basic ways booths can be assigned and the points systems that are typically used to determine the priority given to the exhibitors’ requests.

Booth assignment: The location is assigned by the organizer. Exhibitors may make requests, but the organizer ultimately creates the floor plan.

Booth selection: Exhibitor, in priority order, pick their spot on the tradeshow floor. Exhibitors get a date and time to call in to select their space.

Right of First Refusal: Exhibitors get a chance to rebook the same booth size and location. What’s left after that process is opened up to current exhibitors who want to move and then to new exhibitors.

Booth selection is, by far, the most common practice, Jennings said, and right of first refusal is relatively uncommon, but he noted that some organizations use a combination of methods. What gets tricky he says is deciding the exhibitors’ priority in the booth pecking order because nobody want to end up in the back left corner of the trade show where the traffic is light.

To start, associations tend to prioritize members, allowing them to pick booth space before nonmembers, and to rank them according to how long they have been a member. In addition, organizations, Jennings said, layer on a points system to reward exhibitors’ spend and loyalty. Here are some typical ways exhibitors can earn points:
• Size of the booth: Organizers often reward one point for every 100 net square feet booked.
• Number of years of exhibiting
• Sponsorship and/or advertising support: Jennings said there are a number of ways this can be executed, for example, rewarding half a point for every $2,500 spent.
• Association leadership: Exhibitors can get points for “sweat equity,” Jennings said, rewarding an executive’s efforts on the board of directors or as a committee member.

When there’s a points tie between exhibitors, Jennings said planners usually break it in one of three ways: who had the biggest booth in the previous year, who submitted their space request first, or who has the most points when you look at a three-year rolling average. Some groups regularly use a three- or five-year rolling point average for the booth selection order, Jennings said, because it allows newer members to move up the line faster.

Points can also be lost. One attendee at the IMEX session discussed docking points from exhibitors who break down early on the last day of the trade show. And, of course, skipping a year at the exhibition is a point-killer for most organizers.

Jennings noted two key differences between the point systems of associations and for-profit show organizers. First, because the for-profit shows don’t have members, they tend to weigh their total spend most heavily in their point system. Second, they often have a large portfolio of shows and will reward points to exhibitors who buy booth space or otherwise support other events run by the company.