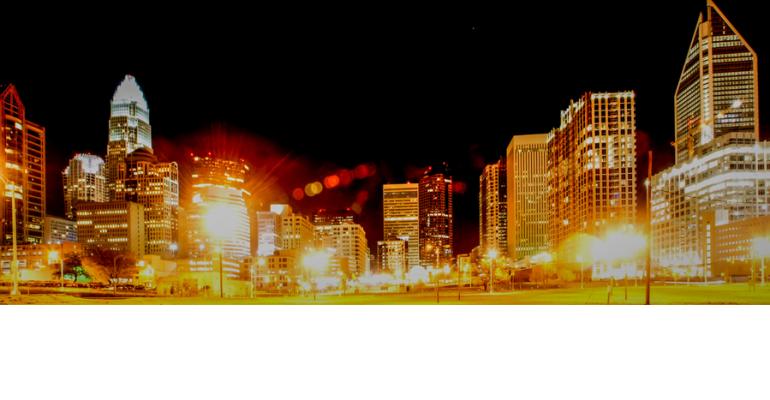 The President Won’t Take COVID for an Answer

Republicans refuse social-distancing advice, throwing their convention into unknown territory. Two political convention veterans weigh in on what planners are coping with.

The Republican National Committee has announced plans to pull all or part of its late August convention out of Charlotte, N.C., in order to meet in a location that will guarantee that President Trump’s nominating event has a packed audience. With just over 11 weeks until the convention and no alternate site selected, the complicated business of planning a political convention is suddenly in flux.

The convention crisis is an offshoot of a more widespread crisis: With coronavirus cases rising in North Carolina, the state’s Governor, Roy Cooper, has focused on public health concerns and stuck to his position that the RNC needs to scale back its numbers in the 19,000-seat Spectrum Center to allow attendees to follow COVID-19 social-distancing guidelines. The standoff has led to an RNC scouting trip to Nashville on June 4 to consider that city for the convention—or just for the final night of the convention, when President Trump makes his acceptance speech.

Ironically, while the pandemic may force the RNC out of Charlotte, it is the main reason why moving it is actually conceivable. Steve Rabinowitz, president and co-founder of Bluelight Strategies in Washington, D.C., a media consultant and political event planner, says, “Normally, the hotels would be an insurmountable problem at this stage, but not now. For some lucky city, it would be a godsend” for bringing occupancy to an ailing hospitality market. “Transportation is always a nightmare but, again, [today] a million bus companies are begging for business.”

But even if the hotels, venues, and suppliers are available, the logistics of political conventions have multiple layers of complexity that a typical convention would not.

“By now, the RNC team in Charlotte has probably been on the ground for six months or more. Now that team of professionals has to both pivot from Charlotte and create a parallel set of events in an unknown city,” says William Sweeney, currently a distinguished practitioner in residence at American University and former deputy chairman of the Democratic National Committee. He managed the 1982 Democratic Party Conference in Philadelphia and was also involved with the 1984 and 1988 Democratic National Conventions.

So, what’s been happening in Charlotte? Sweeney explains there’s likely been preconvention planning around transportation coordination and traffic control (“You’ll be closing highways when the President moves; you’ll need bus routes for the delegations.”), coordinating the bookings at special event venues for ancillary events, developing risk management plans (“There’s going to be state police, city police, secret service, national guard, airport police.”), working with union representatives, and lining up thousands of volunteers and the host committee, among other things. “You can’t build that in 11 weeks,” Sweeney says, adding, “Well, you can, but I don’t know what it would look like…At this stage, there’s probably a working script of 200 or 300 pages of events and activities.”

Contractual and financial questions will be top of mind as the RNC makes its final decision about whether or not to move the entire convention. As Rabinowitz puts it, “They’d be walking away from a ton of current contracts and non-refundable deposits and lots and lots of plans others have made around them.” Consider the media, says Sweeney. “I assume all the networks already have each invested in plans for booths, lighting, hotel rooms, and rented satellites, transponders, servers—everything to live broadcast/stream convention coverage. Now they have to abandon that investment and set up for a new city. I imagine much of the rented equipment will simply move to the new site, but there will be both expenses as well as new fees, so who pays?”

And as with any cancellation, broken contracts would cost the host organization money. “The RNC has a set of contracts with the city, the facility, the convention and visitors’ authority, hotels, and a spectrum of services from transportation to catering to insurance. I’m going to assume there’s cancellation clauses. Trump likes lawsuits and he’ll have plenty of them,” Sweeney says.

The RNC’s contracts with the city, the facility, hotels, and a spectrum of services from transportation to catering might be what keeps the RNC mostly in Charlotte. The committee has hinted at only moving the marque event on the final night, a decision that would bring up its own set of challenges around risk management, credentialing, transportation between the sites for delegates, and more. But that’s how Rabinowitz guesses this will all play out: “My crazy prediction? Last convention night [is held] only 90 miles south in Columbia, S.C., and everyone is bused down.”

You heard it here first.