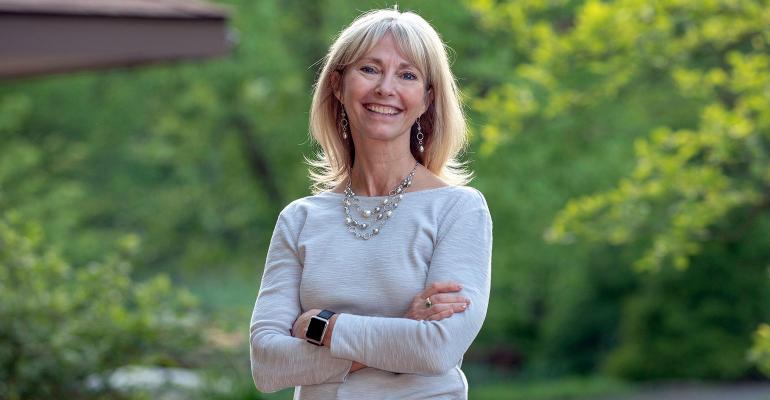 MeetingsNet’s annual Changemaker list recognizes 20 outstanding meetings professionals for their efforts to move their organizations and the industry forward in unique and positive ways. Find all the profiles here.

Making Change
I was appointed the founding chair of the Society for Incentive Travel Excellence’s Women in Leadership committee when it formed in May 2018. One of the first issues we worked on was the gap in two-way learning, and the upshot was the Advisers in Action mentorship program launched in October 2018 to align SITE members at various levels with a mentor leader outside their organizations. The hope is that mentees can ask tough questions about the challenges or questions they face and broaden their knowledge of our industry. We have amazing generations in our workforce and the more we can learn from each other, the more success we can have in our industry. The pilot program currently has over 40 people involved. In July, I’ll be rolling out Advisers in Action to SITE’s approximately 30 chapters around the world.

What’s Next?
That is a big question. Besides “world peace” and expanding SITE’s Advisers in Action program, I’m also working to incorporate more health and wellness in our industry. We have taken small steps, but there is much more we can do to get people moving. We bring people together and then have them sit all day for meetings. Yet science shows that getting active helps people to focus and gives them far more energy. Attendees need more active breaks, such as runs, walks, or stretching sessions as a group; allowing time in the agenda for this is key.

Giving Back
I was asked to lead a session at IMEX Frankfurt on the global fight against human trafficking and how it relates to the meetings industry. The issue first came to my attention when I worked for Maritz, one of the first companies in the meetings industry to sign The Code, or more formally, The Code of Conduct for the Protection of Children from Sexual Exploitation in Travel and Tourism. It’s a pledge developed by ECPAT, a worldwide nonprofit working against trafficking. Signatories agree to educate planners and suppliers about human trafficking, provide training on how to recognize the signs of trafficking, and encourage contract clauses that spell out a zero-tolerance policy around sexual exploitation. In 2015, when I was president of SITE, the organization signed The Code, and I’ve continued my work to educate the industry.

Thinking Differently
I have always enjoyed learning and growing and thinking outside the box. I like trying new things. Sometimes they work and sometimes they don’t, but you have to learn from your mistakes and move on quickly. Don’t dwell.

Role Model
I was fortunate to have a few role models in my career. John Luby was a senior leader at Maritz during my time with that company and a tremendous role model, especially around how to lead. The late Jane Schuldt, who served as the president of SITE and the SITE Foundation, was another. She was forward thinking, professional, and a class act. Her accomplishments and guidance in bringing me into SITE made a deep impact on my growth, both personally and professionally.

Insurance and Legal Guidance for the Coronavirus Outbreak
Feb 21, 2020