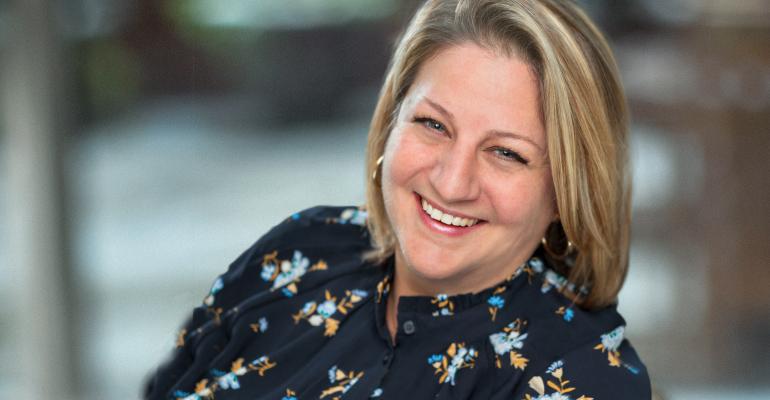 At the American Society for Microbiology’s Microbe conference, one meeting serves many niches.

How do you create multiple, distinct neighborhoods in one big village that exists for five days inside a convention center once a year? And how do you make each neighborhood a vibrant place of connection, communication, and education, while at the same time create pathways to “cross-pollinate” across neighborhoods and build a greater identification with the village as a whole?

A good person to ask would be Kirsten Olean, CAE, director of meetings, American Society for Microbiology. She joined ASM in 2014, two months after the society announced plans to merge its two largest conventions: the General Meeting and the Interscience Conference on Antimicrobial Agents and Chemotherapy (ICAAC). The meetings had little content overlap. The first focused on basic science and diagnostics and served as the society’s membership convention. The second centered on antimicrobial development and infectious diseases, and attracted more physicians and international attendees (more than 50 percent of the total).

Melding these disparate meetings into one has been “the project of a career” for Olean, who led the launch of ASM Microbe 2016 less than two years after stepping into her new job. Since then the conference has been through two iterations, and Olean acknowledges it’s a work in progress.

“This is a complex, evolving meeting, one that needs a lot of love and nurturing to grow,” she says. Attendance at the inaugural convention, held in Boston, hit 11,700, a peak so far for the event. Through a hugely collaborative effort across ASM, Olean says, “The meeting is finding its footing. We’re working to find the story of the meeting,” a story that goes beyond the novelty of two meetings in one that the first ASM Microbe reflected.

“This is really a meeting within a meeting. It’s about being something big and something niche at the same time.”

Building Out the Hub Concept

ICAAC had seen a drop in attendance and sponsorship dollars, in part due to competing meetings and a downturn in key segments of the pharmaceutical industry, Olean says. But the decision to merge ICAAC and the General Meeting was driven primarily by the society’s desire for one annual meeting that would encompass its diverse constituencies. ASM is the largest single life science society, composed of more than 30,000 scientists and health professionals involved in fields as wide-ranging as energy production, waste recycling, agriculture, infectious diseases, and new drug development.

In order to engage a strong growth strategy for the meeting, Olean turned to Minding Your Business, a strategic research agency based in Chicago, to conduct an extensive review of ASM Microbe in 2017. The bottom line: Above all, attendees wanted more in-depth content in their specialty. In a follow-up study in 2018, ASM learned more about what attendees want in terms of content and networking. “It’s so great to be able to make decisions based on real data,” Olean says. “We can clearly identify gaps we have in order to increase satisfaction and grow the audience.”

To that end, an eighth educational track was added in 2017, and at both the 2017 and 2018 meetings, the volume of niche content increased while the ways in which attendees could access that content broadened. “Scientists need to show a lot of data—the lecture format is one that people want and expect, and we’re not going to change that,” Olean says. “But we can offer opportunities for more engagement with peers and thought leaders.” For example, Track Hubs, which were established at the inaugural meeting mainly as social and networking areas for different tracks or “tribes” of attendees, were moved from public areas to the show floor, and programming sessions were offered at each location.

Each Track Hub in 2018 encompassed a 40-foot-by-40-foot area. In addition to networking space and an information booth, there was an informal seating area for live, niche-specific presentations. A fireside-chat area was also added (including a video screen showing a fireplace) where attendees could engage speakers, thought leaders, and ASM leaders in their area of interest. Each Track Hub was surrounded by posters relevant to the specific audience.

“It’s all there: programming, networking, posters,” Olean says, calling the Track Hubs “her pride and joy.” She adds that attendee feedback has been extremely positive, and exhibitors like the increase in traffic on the show floor driven by the Track Hubs. One change on the books for 2019: tweaking the acoustics within each hub to make sure the fireside chats and Track Hub sessions do not compete with each other. Another is the addition of an “innovation zone” on the show floor, providing opportunities for startups and up-and-coming companies to showcase their products. “We put a lot of thought into designing a very, very integrated floor,” Olean says.

Track Hub sessions will continue to be offered during some of the symposia time slots. There was a fear that those sessions would cannibalize attendance at the symposia, Olean says, “but we made the decision that we had enough bodies [to attend different sessions at the same time]. In the end, what we learned is that it’s content, not format, that matters most.” Further, Microbe 2019, which takes place June 20–24 in San Francisco, will feature more symposia in place of some broader, cross-disciplinary sessions in order to meet the demand for more in-depth content within each specialty.

A Sense of Place for Each Tribe

Olean introduced Lounge and Learn spaces at the 2017 meeting. These are public areas at the convention center where attendees can watch live broadcasts of general and plenary sessions and other selected programs, and relax and connect with peers in a comfortable setting with sofas and chairs. In 2018, some live talks were given in the five Lounge and Learn areas. In 2019, the concept will be expanded to eight such areas, each affiliated with a specific track. Moreover, the Lounge and Learn area and all sessions for a specific track (beyond those offered in a Track Hub on the show floor) will be located in a particular area of the convention center, giving each tribe of attendees a sense of place on and off the show floor.

It’s all part of an effort to design multiple meetings within a meeting, Olean says, a concept that will play heavily in the marketing of ASM Microbe 2019. She adds the caveat that it’s not enough to create niche spaces. “You can’t expect that if you build it, they will come. We have to be very deliberate about creating activities for specific spaces. We can’t assume that people will connect organically.”

And while much of the tweaking of the meeting has involved creating more defined spaces and programs for individual tracks, bringing together the entire profession and engendering opportunities for trans-disciplinary connection—where a lot of science is happening now—is still an overarching objective. “We are always looking for ways to connect attendees to their peers, to thought leaders, exhibitors, and sponsors through educational and social activities. This is our focus,” Olean says. “We want this meeting to be everything that happens in microbiology. We want to be the big tent.”

The challenge of creating niched learning opportunities and experiences is not unique to ASM and other large associations with a diverse membership base. “The desire for personalized, customized experiences is just going to increase for all kinds of meetings. It’s our culture now,” Olean observes.

Creating curated itineraries, designing meetings within meetings, and inventing creative, informal spaces to facilitate connection are all part of the answer. But at the end of the day, the biggest challenge might be that “the facilities we use aren’t designed for hosting the kinds of events that we need to deliver,” Olean says.

“As meetings evolve into more personalized, creative experiences, we’re working in square boxes built for a different kind of meeting. We don’t have the infrastructure. It’s a problem with no easy answer.”

Aspiration and Inspiration from a Female Association Executive
Dec 02, 2021